We opened presents a little early this year! Take a look at what the team unwrapped at today's White Elephant exchange 🎁

Dr. Tarika Barrett, the CEO of Girls Who Code, sat down with The 19th News to discuss what’s holding women back in the tech industry, as well as ways to address the gender gap. Learn more: http://ow.ly/pX8W50M8t3R In this Forbes interview, innovator and entrepreneur Adam von Gootkin shares the story of building his luxury Highclere Castle Gin brand into a $50 million company in less than 3 years, all while dealing with the chaos of the pandemic: http://ow.ly/775o50M8rJR

Dom Mullins, a history-making adventurer who was part of the first all-Black expedition to summit Mount Everest, stopped by today to share more about his experiences and how teams can succeed in extreme environments.

In case you missed it: Yesterday's Washington Post feature on renowned political analyst for CNN and The Atlantic, Ronald Brownstein. The piece refers to Brownstein as the sharpest observer of American politics and a model journalist. Learn more: http://ow.ly/z5Vn50M4GlN

Axios co-founders Jim VandeHei and Mike Allen discuss "Smart Brevity" - their transformative method for getting people to pay attention to what matters most in your communications.

For more insights from Jim and Mike on how to win the war for attention: https://www.leadingauthorities.com/speakers/jim-vandehei-mike-allen

World-renowned astrophysicist Hakeem Oluseyi recently appeared on ABC and shared more about the "baby wormhole" created by a group of physicists and why it's such an important scientific breakthrough. Learn more: http://ow.ly/YWrw50M1zbf

Retired Navy SEAL Commander, and one of the stars of the hit Hollywood film "Act of Valor," Rorke Denver stopped by today and shared SEAL principles of leadership with the team! Here he is recording with us in the Video studio.

Former CEO of Jamba Juice James D. White sat down with Harvard Business Review and spoke about the importance of empathy in leadership and the future of work. Learn more: https://hbr.org/2022/12/former-jamba-juice-ceo-james-d-white-empathy-is-a-skill-that-can-be-taught Futurist Amy Webb recently appeared on CNN Business Nightcap and discussed the implications of a powerful new conversational artificial intelligence tool that will change the way we communicate. Watch to learn more: https://www.cnn.com/videos/business/2022/12/08/nightcap-ticketmaster-airtag-stalking-full-orig-nb.cnn

Just a few photos from our Holiday Party this past weekend!

Olympic champion swimmer Katie Ledecky traded her swimsuit for a lab coat and made a special appearance at a Northeast D.C. middle school to speak about the importance of STEM education. Learn more.

The Christmas spirit is in full effect here at LAI! Decorations, Christmas-themed cocktails, snacks, games, and prizes ... the only thing Wednesday's Happy Hour was missing was an appearance from Santa!

Fortune500 board member and former MetricStream CEO Shellye Archambeau was a guest on the Startup Savants podcast and touched on several topics, including analyzing risk and overcoming imposter syndrome. Learn more: http://ow.ly/RuJP50LVnpX Founding executive director of Solve - MIT Alex Amouyel stopped by today and shared insights on how individuals and organizations can discover their superpowers and align them to their purpose to make a difference in the world.

In 2015, Michelle Cordeiro Grant left her executive position at Victoria’s Secret to start her own apparel brand, Lively, and create a new category in the market while becoming an industry powerhouse in a few short years. Learn more: http://ow.ly/y6AJ50LJM76

Future trends expert and IBM’s VP of big data cognitive systems Paul Zikopoulos was recently featured as one of CIOLook's “10 Most Intelligent Leaders in Data Science & Analytics.” He spoke about the importance of learning and diversity, and the future of AI. Learn more: http://ow.ly/gvLB50LJL6Z Tech and innovation expert Salim Ismail stopped by today and shared insights on the current disruption in business and what organizations can do to innovate and create their desired futures. Here he is in the Video studio. Join us in celebrating our November LAI Myriah!

Reggie Fils-Aime, the legendary former President and COO of Nintendo of America, stopped by today to share stories about his time at Nintendo - stay tuned for the video he recorded in the LAI Video studio. For more on Reggie: http://ow.ly/fuL650LG7vH

Budweiser enlisted the help of celebrity chef and decorated U.S. Army combat veteran Andre Rush to empower veterans to share their stories and take advantage of the opportunity to acquire seed money for their businesses. Learn more: https://www.military.com/daily-news/2022/11/08/vet-owned-businesses-can-apply-grants-budweiser-veterans-project-week-only.html

A special thank you to tech and innovation expert Mitch Joel for stopping by last week to talk to us about disrupting disruption and how technology connects consumers to business. For more on Mitch: http://ow.ly/CAjl50LCW5j

During a recent speaking event, retired U.S. Marine Sergeant Dakota Meyer shared the powerful story of the events that led to him becoming the first living Marine to receive the Medal of Honor since 1973. Read more in the Chicago Tribune: http://ow.ly/vNGl50LCFc4

With today being Veterans Day, we're honoring the men and women who have served our country so admirably. Thank you for all of your sacrifices.

The highly distinguished career of Reggie Fils-Aimé, the first-ever American president and COO of Nintendo of America, was recently chronicled in an article published by The Cornell Daily Sun. Learn more: http://ow.ly/Q5uT50LxEEX

Flying into the future

As the airline industry works to overcome the disruption of the last few years, United Airlines is confronting the challenges head-on under the stewardship of chief communications officer and former White House press secretary Josh Earnest. He shares more with Fast Company:

Celebrity chef and decorated U.S. combat veteran Andre Rush stopped by today and shared lessons from his own journey of overcoming adversity, as well as how he used the setbacks to fuel his success. Learn more about Chef Rush: http://ow.ly/UhBO50Lz3wg

Douglas Holtz-Eakin, economic and fiscal policy expert and president of the American Action Forum, stopped by the office today and spoke to us about the current economic landscape and where things may be headed over the next 18-24 months. More on Douglas: http://ow.ly/nypS50LxBIl If you’re a fan of the ABC police procedural The Rookie, you probably noticed CNN anchor Jake Tapper’s cameo on one of the recent episodes. Forbes shares more about Tapper's guest spot with his son on the show: http://ow.ly/LTnT50LwOaW

Meggie Palmer, the founder of the PepTalkHer company and app, recently sat down with Forbes to share strategies for shifting your mindset and successfully negotiating your salary. Learn more: http://ow.ly/ZlU850LqNNL

A.B. Stoddard, associate editor and columnist for RealClearPolitics, stopped by today and shared insights on the current political landscape as we head into next week's midterms. Learn more about A.B.: http://ow.ly/5wpp50Lth2m

Former director of executive recruiting at Google Ginny Clarke recently gave a keynote, during which, she outlined the importance of competencies when evaluating candidates during the hiring process. Auto Finance News provided a recap of the talk: http://ow.ly/UQmO50LqN6H

Be the first to know and let us send you an email when Leading Authorities, Inc. posts news and promotions. Your email address will not be used for any other purpose, and you can unsubscribe at any time.

In "24 Questions with Katie Ledecky," the record-breaking Olympic champion swimmer shares her ultimate cheat meal, most irrational fear, dream vacation, and more! Hear her answers in the video below. For more information on Katie Ledecky: http://ow.ly/zUZ450KN5EH

"The single best thing that leaders can do is think exponentially, but act incrementally." World-renowned #futurist Amy Webb shares how organizations can rehearse the future to unlock #growth and position themselves for success. Watch to learn more.

In this video, David Wasserman, Senior Election Analyst for The Cook Political Report and NBC Contributor, uses his "Retail Theory of #Economics" to explain the relationship between #brand loyalty and #voting patterns in #elections. More about David: http://ow.ly/va9x50IYr3q

A trailblazer in #leadership and the first African American Army Surgeon General, Lt. Gen. Nadja West shares her story of #perseverance and grit and demonstrates how leaders can instill #purpose and direction in their people. Watch the video to learn more.

Record-breaker. History-maker. Undeniable G.O.A.T. 10x Olympic medalist Katie Ledecky shares her perspective on pushing past limits to achieve incredible goals. Her secrets to success? As she shares in this video, there are none. Watch to learn more: http://ow.ly/Lmh350IA5bA

Lisa Sun, founder and CEO of the game-changing #retail and #confidence company GRAVITAS opens the audience's eyes to all that can be achieved when people choose to be self-confident and harness their "superpowers." Watch the full video: http://ow.ly/sZJz50HyRUi

From surviving 2020 to finding new ways to thrive in 2021, there's so much to be proud of as we look back on the past 12 months. This video highlighting our greatest hits of the year is a reminder of why we're sending 2021 off with a smile 🙂 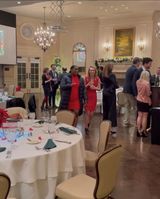 There was tons of cheer to go around during this year's LAI holiday party! We're excited for future opportunities to jingle and mingle outside the office 🎉

In his career as both a NASA - National Aeronautics and Space Administration astronaut and Navy SEAL, Chris Cassidy developed a sense of #planning for a risky mission and thinking on your feet. Despite your best planning, things are bound to #change. Learn more about Chris Cassidy here: https://www.leadingauthorities.com/speakers/video/chris-cassidy-adapting-and-leading-through-change-risk 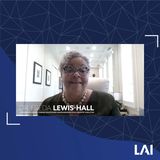 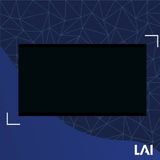 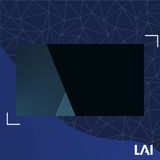 Darcy Gaechter: Overcoming Obstacles to "Do the Undoable"

Until We Meet Again 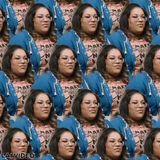 Download the Twitter app
This week Cal visited Chicago to speak to 400 people from Cottingham & Butler Insurance Brokers! He shared stories and lessons from his career that apply to his life today as a business owner and philanthropist.
Leading Authorities, Inc.
Leading Authorities, Inc. + LAI Live + LAI Video This team knows hybrid events! Today we're reliving the magic of our recent Plan V conversation, where we helped serve up a playbook for hybrid event success - in a hybrid event!

As a technical and creative challenge, blending in-person, remote, and prerecorded messages to create a dynamic experience for our virtual an in-person audiences, was truly rewarding!

We're looking forward to helping our partners realize their hybrid event goals in the year ahead! You can watch Plan V on-demand and explore all the trends and insights here https://www.lailiveevents.com/plan-v-hybrid-homerun-go-big-and-go-home
.
.
.
.

So grateful for the time of the International Brotherhood of Electrical Workers - Third District (IBEW 3rd District) this morning. These heroes know what it means to help people…with no strings attached. Thanks for letting me be a part of your 2021 annual meeting! Leading Authorities, Inc.
My very first professional speech with Leading Authorities, Inc. was five years ago. It was a subtle reminder that people hear through different ears. The message that comes across is based on the person receiving it and the person sending it.

I have enjoyed every event that I have ever attended and have grown greatly with each. I am anxious to get back to in-person events where true personal and professional development occurs between meetings and discussions.

Huge TA DA to American Association of Collegiate Registrars and Admissions Officers for the opportunity to kick off your 106th Annual meeting with a virtual keynote. I had an awesome time (even though I had to fight through an allergy cough -- really) and . Thank you to the speaker and virtual event team with Leading Authorities, Inc. They are one of the best in the business. Here is a quick photo in the green room ready to rock the virtual world. TA DA!

aired my speech this afternoon and TONIGHT at 9p Central/10p Eastern I’ll be LIVE answering your questions! See y’all then. Thanks, Leading Authorities, Inc.
Part 1:
https://www.wrbl.com/news/military/fighting-for-the-tab/when-women-got-into-ranger-school-the-goal-was-to-get-one-person-into-the-end-zone-they-got-three/