We are a full service Event and Wedding planning coordinators.

Soirees by Carol had the opportunity to set up for a Fall luncheon at Addison Woods Wedding & Event Venue. The decor was enhanced by the beautiful dough bowls from Right Next Door Designs. DJ and roaming photo booth by Dynamic Entertainment. Napkins by It's All N the Presentation. Delicious food and set up by Wicked Whisk Catering. Desserts provided by Frosting & Bakery by Luzmar.

Monique and Landon Steinhagen performed the one and only best dance ever "Mother and Son" dance for Soirees by Carol!! This brought the house down!! Love these two, so glad you had the spirit to do it so well!!

The Saturday was a cool crisp day, with an extraordinary January blue sky. An excited couple awaiting the arrival of family, friends and guests. Everything went so well! Top-notch vendors doing their very best work!! Could not be more happy and proud to work with these vendors for the special couple!! Emily and Alex Chinosini happy wedding day -- January 9, 2021.

A must share Bridal portrait session. The wedding this weekend was just as beautiful!!

Anna and Jacob Self, thinking of you today! It will soon be your 6 month anniversary. There is no doubt this beautifully sweet couple are walking hand in hand through marriage. I love the way Jacob looks at Anna. You could tell he loved her with all his heart by the way he looks at her. "I got you Babe"! Pictures by Silhouette Studio. Event Venue: Station 3 Downtown Houston

Blush & ivory floral has been popular for many years now and we don’t think this color combo will go away anytime soon. #lbfdesigns #beaumontflorist #setxflorist #instawedding #flowersofinstagram #ghostchairs

Linen: It’s All ‘N the Presentation

Had the opportunity to coordinate this wedding for Wil and Kate Broussard Thorne! The vendors for their wedding were top notch and the best. Guests were complimenting through the evening how gorgeous the decor was, delicious the food, great band and scrumptious cake. Everyone’s hard work started this couple off with a wedding to remember!!

Twice as Nice: 5 Signs You Need a Two Wedding Photographers

Twice as Nice: 5 Signs You Need a Two Wedding Photographers

Are you wondering whether it's a good idea to have two wedding photographers for your big day? Here are a few reasons you should consider it.

The pleasure of having a part of Caitlin and Brady's wedding day. It all began with Caitlin giving me the opportunity to be a part of selecting her gorgeous wedding dress. And yes, there were chills and tears when she said "Yes to the Dress"!! As you can see by her wedding pictures the day was perfect from start to finish! So happy for these two as they begin their marriage journey. http://www.betsyelizabethphotography.com/caitlin-brady-hotel-galvez/

The pleasure of having a part of Caitlin and Brady's wedding day. It all began with Caitlin giving me the opportunity to be a part of selecting her gorgeous wedding dress. And yes, there were chills and tears when she said "Yes to the Dress"!! As you can see by her wedding pictures the day was perfect from start to finish! So happy for these two as they begin their marriage journey. http://www.betsyelizabethphotography.com/caitlin-brady-hotel-galvez/

His Story:
After being single for some time, I decided to try Match.com. I didn't join right away, but entered my profile in order to check it out. Most of the "matches" were horrible, so I considered dropping out of the race, or at least giving up on match. Then Anna popped up and winked at me or liked me or something on the site. So, I decided to join and she and I began messaging back and forth. Anna appeared as a very pretty, smart, and family oriented lady. I don't remember too much about her profile, but I remembered she liked books, but not romance novels (good!).I remember her first text to me after I gave you my number. It was "Hi". That's it. And I said something like "I guess that's how it starts, with "Hi" to start talking". Somehow our texts got more interesting and we both wanted to meet. I remember texting while putting up Christmas lights. Anna's messages put a smile on my face, with whatever we talked about. After several days of texting we decided to met for lunch at Frankie's Italian Grill. At the time, I didn't realize she was nervous. However, Anna di dseem very uncertain. Uncertain about me? I wasn't sure. Funny, but I guess she told me later that day that you really wanted to kiss me, so I was more reassured. It was a whirlwind after that. We still had the uncertainty whether we should introduce our kids to the other. Sometime after new years, Anna introduced me to her kids, and later she all met mine. Instantly, the kids hit it off.

The Proposal:
It seems like it was a long time coming. We had survived 2 trips together, so I knew her and she knew me (the worst of me) pretty well. I finally got the ring, then just needed some private time to ask her. I think my youngest daughter was sick on the night we planned to go on a date. So, instead we planned a getaway to Austin, and I planned my proposal. "Planned" may be overstating it. On the ride to Austin, Anna turned in her seat in the car to ask me "Have you ever thought about getting married?". We had never talked about it prior to you asking. I thought she was going to ask me to marry her. If she had, I would have said "yes"! I kept thinking that Anna was completely ruining my surprise! I played it off somehow, and didn't let anything on (I think!). Later that evening we went out to eat (before the Doobie Bros / Journey concert), I sat next to Anna with the ring in my pocket at Monger's Seafood. After we ordered, I asked if her if she would marry me. I know it was nothing special in the words, but I guess they worked. Anna seemed genuinely shocked. I had to drag a "yes" out of her, but I thought she would agree. We laughed about her bringing it up in the car ride, then she took a selfie of us with the ring. Saturday night we were married! I am so happy!

Her Story:
Rick and I met on Match.com. After a couple of emails, we texted and decided to meet in person. We met for lunch at Frankie's Italian Grill on December 10, 2014. We laugh now but it was a very stiff and formal lunch. At the end Rick said .. I guess we should exchange last names and handed me his business card. We clicked right away and a month later we introduced our kids. That was great weekend and they liked each other immediately. May 18, 2015 we had tickets to see journey in Austin. We went to dinner before the concert and after we ordered he came and sat by me and wanted to take a picture. After the picture, he just kept sitting there. Next thing I know he hands me a ring. I have no recollection of what he said because I was in complete shock. Never expected it. We believe that looking at our separate lives led us to where we are. We were made for each other. I married the love of my life and I met him online!!

Tifanie Parry Photography - Southeast Texas Wedding Photographer did an excellent job capturing an extraordinary wedding at our home. We are so happy to share this venue with such special people Anna Jadwiszczak Ilari Jean Hillin, Catherine was a beautiful bride, Kevin the most handsome Groom. The wedding waltz was done to perfection by this couple. Weather could have not been better for this October evening wedding in the home of the Bride.

Carol Smith, what a wonderful time!

Carol Stripling Smith and her team are amazing! Not only is she the most knowledgable wedding planner, but she's also really fun! I don't know any other wedding planner who would line dance with the bride and friends at her wedding...the best!! Thank you for the wedding of my dreams!

These vendors were awesome! Everyone worked so very hard to put together a spectacular wedding. We could not have had such a successful event with all these vendors.

More info on our blog at http://djonesphoto.com/blog/2014/12/kathleen-justin-wedding/ The 8 Rules of What to Wear to a Wedding

The 8 Rules of What to Wear to a Wedding

Last year, TheKnot.com (part of XO Group Inc.) surveyed approximately 13,000 American brides and grooms who were married in 2013. The results, compiled into their Real Weddings Study, revealed some staggering figures. Did you know, for example, that the average cost of a wedding nowadays is nearly 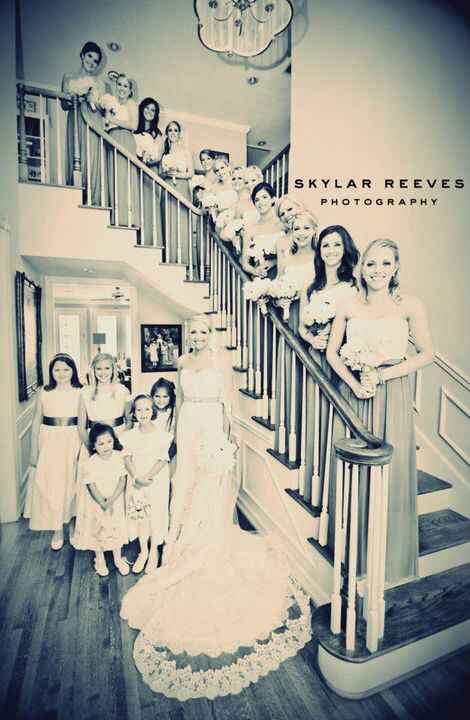 Be the first to know and let us send you an email when Soirees by Carol posts news and promotions. Your email address will not be used for any other purpose, and you can unsubscribe at any time.

Send a message to Soirees by Carol:

Other Wedding planning in Spring