We focus on providing event registration services for all of your events.

It's Small Business Saturday. If you are looking for a more unique way to present a gift card, check out CardsbyCS on Etsy (etsy.com/shop/CardsbyCS) 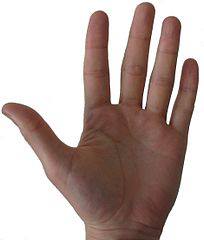 Today, August 13 is International Left Handers Day. Yea! A day for me. I grew up in a right-handed family and although my parents did not try to switch me, there were not any left-handed implements in our house. Unless you are left-handed you don’t realize that things like scissors, manual can openers, 3- ring binders and lots of other ordinary items are designed for right handers. For a list of famous left handers, check out this website http://www.anythingleft-handed.co.uk/famous.html

July is National Ice Cream Month. What's your favorite flavor? Cup or a cone? I like Pralines and Cream from Baskin-Robbins in a sugar cone.

Which Bread Plate is Mine?

Which Bread Plate is Mine?

Often I am at events where this question is in mind, if not actually spoken. For most of us, our home table setting consists of plate, knife, fork, napkin and glass placed in no particular order. Eating out at a restaurant or a social or business event…

This week, June 23 - 29, is Lightning Safety Week. When I was growing up and there was a thunderstorm we weren't allowed to watch tv, talk on the phone or turn on the lights. We basically ended up setting in the house in the dark not moving. Turns out my mother was right about some of those things. It is still recommended that you not talk on a corded phone during a thunderstorm. For more advice and tips, see the National Weather Service Lightning Safety webpage http://www.lightningsafety.noaa.gov/index.htm

Summer is the peak season for one of the nation's deadliest weather phenomena--lightning. Though lightning strikes peak in summer, people are struck year round. In the United States, an average of 54 people are killed each year by lightning, and hundreds more are severely injured.

Today June 18 is Go Fishing Day and International Sushi Day. Coincidence? I love fishing and frying up the fish I catch. I'm not such a fan of sushi.

Today, June 10 is National Iced Tea Day. Some sources say that iced tea was invented at the St. Louis World's Fair in 1904. Other sources indicate that it existed before them. My family has used the recipe below for several generations to make iced tea.

June is Adopt-A-Cat Month and June 4 is Hug a Cat Day. Last year in June I acquired two kittens: Frick and Frack. Somedays they are huggable and somedays not :-)

I now have a blog and plan to share things I've learned in the field of event management that may be of interest to you.

For over 16 years I have owned a company, Caitlin Enterprises, L.L.C., that has provided computing support to small businesses. Several years ago one of my clients was asked to set up online regis...

I will be an exhibitor at the GSSCC SchmoozaPalooza On March 20 at the Fillmore in Silver Spring. Stop by and see me.

U.S. Rep. Roscoe G. Bartlett found himself caught in a hairy situation after the American Mustache Institute claimed he supported a tax break that the Washington, D.C., group sought for mustache grooming.

Today is Leap Day. It's the extra day added to the end of February every 4 years to compensate for the fact that the calendar year is shorter than the solar year.

It's also the birthday of Herman Hollerith who was the inventor of the first keypunch machine; it was used to analyze the 1890 census. (Unfortunately for those of us who are genealogy buffs, most of the 1890 census was destroyed in a fire and isn't available for our research.)

Everyday is a day to celebrate some event. Talk to us about helping to put together your event.

Be the first to know and let us send you an email when Alexandra Anthony Event Services - Chiquita Sorrels posts news and promotions. Your email address will not be used for any other purpose, and you can unsubscribe at any time.

Other Event Planners in Silver Spring