We are Car Service that provides transportation in San Francisco Bay Area.

All a great DIEHL

YOU MAKE YOUR OWN DESTINY
DIEHL LIMO

to All my friends and family! Today after 48hrs of the catastrophic game against Germany, I started to feel a little better! Watching the game between Argentina/Holland, I started to think about ALL other times when Brasil won the world cup! In the Holland side we ALL agreed that they play a really great soccer and they been in 3 finals(1974/1978 and 2010, and yet they have not won a single one!!!!!!!!!!!!!In the contrary Brasil won 5, so we have a lot to feel good! For my fellow Brasilians, be proud of yourselfs, don't let anybody tell you that you can NOT do it, we ARE A GREAT NATION, with warmth people, so heads up, and 2018 we are going to be protagonists again! Forca Brasil! 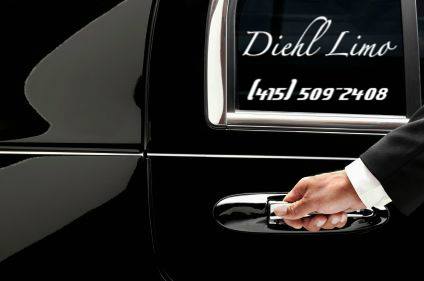 Be the first to know and let us send you an email when DIEHL LIMO posts news and promotions. Your email address will not be used for any other purpose, and you can unsubscribe at any time.

Other Bridal Shops in San Francisco

Our client has requested a quote of any sedan available, see more details here: http://limoscanner.com/order/291-san-francisco-ca-c8fb9842763bdae7acd9356b6e3a6f59/ Thank you
Our client inquire for a total quotation of sedan. This is for 2 passengers with 2 bags, see more details: http://limoscanner.com/order/286-san-francisco-ca-63f09e4641f838add680d41664c5e363/ Thank you in advance.
Your source for luxury transportation in luscious black ;-)