Producing over 600 events in the past 15 years, Donovan is highly regarded as one of the most prolific and innovative event producers in San Francisco.

Hosting over 500 events in the past 20 years, Donovan has been the pioneer of San Francisco's "upscale nightlife" movement, bringing more innovative, more cultured, more classy events to San Francisco nightlife. The Donovan parties are synonymous with elegance, sophistication, wealth, and fashion with a famous reputation for having "The most beautiful, most glamorous people in Northern California"

Hosting over 500 events in the past 20 years, Donovan has been the pioneer of San Francisco's "upscale nightlife" movement, bringing more innovative, more cultured, more classy events to San Francisco nightlife. The Donovan parties are synonymous with elegance, sophistication, wealth, and fashion with a famous reputation for having "The most beautiful, most glamorous people in Northern California"

Take your photo with a Mermaid this New Year’s...
At The “Bubbles” Champagne Bar in
MERMAID COVE @ Imagineland

✌️!!! 𝗗𝗝 𝗗𝗢𝗡𝗢𝗩𝗔𝗡 𝗥𝗘𝗧𝗨𝗥𝗡𝗦???✌️
In celebration of my “𝐃𝐨𝐧𝐨𝐯𝐚𝐧𝐒𝐅 𝟐𝟎 𝐘𝐞𝐚𝐫 𝐀𝐧𝐧𝐢𝐯𝐞𝐫𝐬𝐚𝐫𝐲” this NEW YEAR’S EVE, I’ll be throwing down a “commemorative” DJ set of some of my most nostalgic DonovanSF party anthems over the year’s & I will be hosting the Midnight Countdown to cheers everyone into 2022! 🥂 I hope all of my “old-school” friends & supporters will come out to celebrate this milestone achievement with me and relive the music, the vibe & “The Good Ole’ Days”!!! It’s going to be a Big “DonovanSF” Party Friends’ “Reunion”! 𝗣𝗹𝗲𝗮𝘀𝗲 𝘀𝗽𝗿𝗲𝗮𝗱 𝘁𝗵𝗲 𝘄𝗼𝗿𝗱 & 𝘀𝗵𝗮𝗿𝗲 𝘁𝗵𝗶𝘀 𝗽𝗼𝘀𝘁! Ticket prices are about to go up! More info & tickets @ imaginenye.com. 𝘜𝘴𝘦 𝘗𝘳𝘰𝘮𝘰 𝘊𝘰𝘥𝘦 = PayMoreLater 𝘧𝘰𝘳 $25 𝘖𝘧𝘧! See you all on the dancefloor! 🕺🏻

𝗡𝗘𝗪 𝗬𝗘𝗔𝗥’𝗦 𝗘𝗩𝗘 𝗗𝗝 𝗟𝗜𝗡𝗘 𝗨𝗣
It’s been over 2 years since I have last DJ’d in public. With our annual 𝙇𝙖 𝙈𝙖𝙧 “𝙒𝙝𝙞𝙩𝙚 𝙎𝙖𝙣𝙙𝙨” party cancelled the last 2 years due to the pandemic, I hope those of you who miss my music, my parties & my vibe will ring in the new year with me. We are also celebrating my 𝟮𝟬 𝗬𝗘𝗔𝗥 𝗔𝗡𝗡𝗜𝗩𝗘𝗥𝗦𝗔𝗥𝗬 as a DJ and my professional DONOVANSF nightlife career as a party promoter in San Francisco with over 500 events under my belt!

For this special occasion, for all you “OLD SCHOOLERS”, I have invited one of my oldest, closest DJ friends 𝗗𝗝 𝗙𝗥𝗘𝗡𝗖𝗛𝗬 𝗟𝗘 𝗙𝗥𝗘𝗔𝗞 who I used to perform with at 𝑅𝑢𝑏𝑦 𝑆𝑘𝑦𝑒 and all the biggest parties “𝘣𝘢𝘤𝘬 𝘪𝘯 𝘵𝘩𝘦 𝘥𝘢𝘺”! I am excited to also have one of SOUTH BAY’s hottest DJs 𝗔𝗗𝗔𝗠 𝗖𝗢𝗩𝗔 joining me behind the decks. Adam always steals the show at my La Mar “White Sands” parties with the best DJ sets of the day with the best vibe, best energy, and crowd cheering with smiles from ear to ear! I am also excited to have one of EAST BAY’s most popular DJs 𝗣𝗨𝗟𝗦𝗘, who has been throwing some of the biggest & best parties in Walnut Creek and Contra Costa & Alameda County! Last but not least, I have my DONOVANSF RESIDENT DJ 𝗝𝗢𝗛𝗡 𝗔𝗡𝗗𝗥𝗘𝗪, who just so happens to also be one of San Francisco’s & Oakland’s hottest underground DJ’s, who has been throwing down sexy & funky deep house beats at my parties for the past decade!

𝟮𝟬𝟮𝟭 𝗦𝗨𝗖𝗞𝗘𝗗 𝗙𝗢𝗥 𝗠𝗢𝗦𝗧...
So start 2022 off right!
w/ a lil' pixie dust from fairies in our The Enchanted Forest!
Join us for an Epic 21+ Fairytale New Year's Eve Adventure at
"𝐈𝐌𝐀𝐆𝐈𝐍𝐄𝐋𝐀𝐍𝐃" @ The Hibernia Bank of 1892 (San Francisco)!

“𝗛𝗔𝗥𝗥𝗬 & 𝗠𝗘!”
Is it fair to say I’m the only guy in the Bay Area with a pet Abominable Snowman? 😂 Harry is just one of countless fantasy characters you will get to meet & take photos with at “𝗜𝗠𝗔𝗚𝗜𝗡𝗘:𝗡𝗬𝗘 𝗳𝗼𝗿 𝗔𝗱𝘂𝗹𝘁𝘀” (Dec 31) and “𝗜𝗠𝗔𝗚𝗜𝗡𝗘𝗟𝗔𝗡𝗗 𝗳𝗼𝗿 𝗙𝗮𝗺𝗶𝗹𝗶𝗲𝘀 & 𝗞𝗶𝗱𝘀”(Jan 1-2)!!!

Be the first to know and let us send you an email when DonovanSF posts news and promotions. Your email address will not be used for any other purpose, and you can unsubscribe at any time.

Send a message to DonovanSF:

We made Channel 7 ABC NEWS!!! Our "UNHINGED" show off to a frighteningly good start! What better way to celebrate FRIDAY THE 13TH than with ghosts inside the haunted Winchester Mystery House? https://abc7news.com/entertainment/winchester-mystery-house-unveils-an-all-new-horrifying-house-tour/5529377 #winchestermysteryhouse #themedream #getunhinged Event Info & Tickets: winchesterunhinged.com

Want to host a "Game of Thrones" holiday party or wedding? Let our production partner ThemeDream Productions bring this experience to your next event! #tasteofthrones #themedream

Our production team hard at work on “enhancing” the photo opps for TONIGHT’S “GAME OVER: Taste of Thrones Closing Party”! This is our Season 8 tribute to the Iron Throne and King’s Landing’s Red Keep ON FIRE! Take you photo with it tonight along with our Queen Cersei & Daenerys actors! 20 TICKETS LEFT FOR TONIGHT!!! Buy Tickets Now: http://bit.ly/2M4ZORd 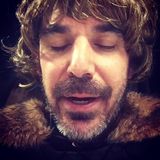 "Taste of Thrones" made Channel 5 News! Come by tonight & have a dragon egg shot w/ me! tasteofthrones.com #tasteofthrones

Friends: I've been working very closely with a former Disney illustrator on all of my Spookville Halloween cartoon characters. Here is our animated short introducing "Boohoo the Ghost" who will be featured in The Happily Haunted House at Spookville. Please share with friends who have kids and friends who are a "kid at heart" who love Disneyland type stuff! www.spookville.com #spookvillesf #westfieldsfcentre #themedream

Friends: Here is our 1st "Spookville" animated short! Check out all the cool enhancements to our website too: www.spookville.com Tickets go on sale this Saturday! Please spread the word to your friends & fam! #spookvillesf #westfieldsfcentre #themedream

FRIENDS: I wanted to share the official video from my "Immersive Dinner Theatre" I produced in San Diego a few months back. This video gives you an amazing sense of the breathtaking 360 degree visual and audio environments that enhanced a 4 course wine pairing dinner. Make sure to turn the video sound on! If your company does a big annual holiday event or hosts events at big annual conferences like DreamForce, Oracle OpenWorld, Game Developers Conference, etc., please recommend ThemeDream Productions to your company's Events Department! :)

FRIENDS: I wanted to share the official video from my "Immersive Dinner Theatre" I produced in San Diego a few months back. This video gives you an amazing sense of the breathtaking 360 degree visual and audio environments that enhanced a 4 course wine pairing dinner. Make sure to turn the video sound on! If your company does a big annual holiday event or hosts events at big annual conferences like DreamForce, Oracle OpenWorld, Game Developers Conference, etc., please recommend ThemeDream Productions to your company's Events Department! :)

I'm very excited to be working on 4 new 'corporate event' proposals for some big tech companies. Check out this cool video from my Cisco Systems "Around the World" production last month. // themedreamproductions.com 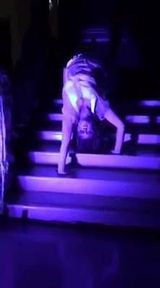 A dinner guest caught this on camera Saturday night from our Haunted Dinner show... Our contortionist interpretation of "The RIng". An eerie act appropriately titled "Awkward Positions". Enjoy!

Things are getting spooky here! Caught this on camera! This place is haunted! Join us tomorrow night at Haunted Dinner's 10pm show! haunteddinner.nightout.com

Check out our cool new toy!!! Doing a test run for one of our Haunted Dinner performance acts! This is going to set the stage for one spooky show! Just one of many sick new tricks we have up our sleeve to take this year's experience to a whole new level! As you can tell, we're super excited. Fri & Sat 7pm Dinner Shows now SOLD-OUT with waiting lists! Very limited tickets left for the Fri & Sat 10pm Dessert Shows + DJ Donovan Afterparty! haunteddinner.nightout.com $25 OFF Promo Code = redrum

Super excited about how super creative the dinner plate presentations are coming together for our Haunted Dinner. This is how our "Witches Brew" soup will be served, in a smoking witch's cauldron. The other courses are just as wild. Can't wait to see people's faces when these get served. Hope you will come experience our creations! haunteddinners.com

HERE'S A GOOD LAUGH!!! Donovan Starring in His Own 'B-Movie' Horror Film!!! w/ special celebrity guest appearance by PERSIAN JOHN!!! (with a knife in his back!!!) I guess I shouldn't give up my day job!!! HAHAHA!! LAST CHANCE TO BUY TICKETS FOR TONIGHT!!! http://hauntedhousesf31.eventbrite.com/

You Are Not Safe Anywhere...

DON'T BE CAUGHT DEAD in our GRAVEYARD OF THE LIVING DEAD!!! One of 25 Chambers of Horror at The "Haunted House Of Horrors" OPENING NEXT SATURDAY, OCTOBER 26TH for 6 Nights of Terror through HALLOWEEN Night, October 31st!!! www.hauntedhousesf.com #hauntedhousesf #hauntedhouseofhorrors #zombies #zombie #livingdead #hauntedhouse #halloween #scary

Hey I left my car key at La Mar for your event. It was given to the gentleman at the front door who helped with the event. Can that gentleman contact me and let me know if he still has that key?
Hi there, I just wanted to reach out and send a hearty thank you for suggesting I attend "Imagine" this year. My group had an incredible time, and it was very magical for us. I've been seeing some of the negative reviews you've been dealing with, and wish people were more compassionate with how they provide feedback - an event of that proportion was bound to have things that go well and things that dont go as well. It's how event planning works. But it's important that you know you stunned us, and we can't wait for the next event.
Please come to Maui next year!!! I moved away from the Bay Area and I really miss your shows. Do a big show at the MACC! I'll help promote!
Are you guys doing the Haunted Dinner at Payne Mansion again this year?
Hello, I purchased 2 tickets for the 6/24 event, did not receive a confirmation email. Is there a way to request that confirmation email to be resent? I unable to locate contact info. Maria