I just invited all of my friends to follow UA. Don’t feel obligated. Know that we respect our friends and won’t jam up your feed with useless information or junk. We’re not trying to drum up business. We’ve got more than we can say grace over, at the moment. But one never knows what will happen if you bring them to it.

This girl…has been the highlight of our Upton team for the past 10 months (give or take). Today we celebrated her as she makes her way to UGA to pursue her love - scientific research, and to obtain her PhD. We are blessed to have had her for the short time that we did! And boy did she accomplish a lot during her time with us! We’ll miss you Britany but we know you’ll be back!!

Upton Associates is proud to announce that Barbara’s daughter Margaret has joined the Upton team! Margaret will manage the NC Irrigation Contractors’ Licensing Board, one of Upton’s three occupational licensing boards. We look forward to having Margaret and her sidekick Joey as part of our awesome crew!

We are wrapping up a successful 2022 NC EMS Expo! What a nice reunion with some nice folks. Being back at the Sheraton Koury Center was like coming home. Thanks to all the people who played a part in making the trade show happen! Thanks to those who supported the show by exhibiting and/or sponsorships. We’re tired and ready to go home, but have already started planning for 2023!

Fall is off to a busy start for Upton Associates! Renewal deadline for Landscape Architects recently passed and we are proctoring the ASBOG licensing exam for future geologists today. Thanks to our capable team for a job well done! You guys ROCK!! 💥 🪨 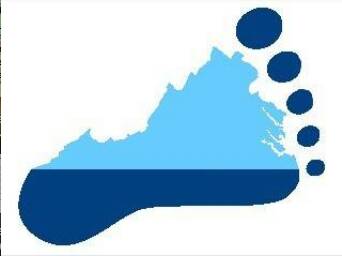 Jean Ulrey Kirk, Executive Director of the Virginia Podiatric Medical Association (VPMA) and and Christine Basnight, Administrative Assistant and Receptionist at UA traveled to Virginia Beach, VA this week to host and coordinate the Annual Summer Conference for the Association. This is Upton Associates' second conference this year that has occurred face-to-face following over a year of cancelled and postponed conferences. We are pleased that the doctors, professional exhibitors and staff are able to connect in person. Social distancing and masks are a requirement for attendance. Upton Associates is proud to have managed the VPMA since 2009.

Upton Associates is pleased to announce that the management contract with the NC Irrigation Contractors' Licensing Board (NCICLB) has been renewed! Upton has managed the Irrigation Board since its inception in 2009. We look forward to continuing our work with the NCICLB to conserve our most precious resource, water and to protect the citizens of North Carolina.

As 2020 comes to a close, Upton Associates would like to thank our families, friends and clients for their support during the Covid 19 pandemic. Our thoughts and hearts go out to those who have suffered as a result of the virus and/or simply life in general. We hope that everyone had a relaxing holiday and that 2021 will bring peace and prosperity to each and every one of you. We look forward to working with you as we move forward in our changed world. Happy New Year!!

The latest Tweets from Certemy (). Certemy is the most affordable and configurable SaaS platform for professional certification, licensing, and compliance. Costa Mesa, CA

Please click https://hubs.li/H0wNMqn0 to register for our fireside chat tomorrow, Thu Sep 24. Guests from Kellen, Upton Associates, and Smith Moore & Associates will help us learn the when, why, and how an association or board should consider partnering with an outsourced management company.

Due to issues related to North Carolina's state of emergency during the Coronavirus pandemic, our office will be closing to the public. Upton staff will be working - some of us remotely - responding to emails and telephone calls. However, we will not be receiving visitors or packages at the office. 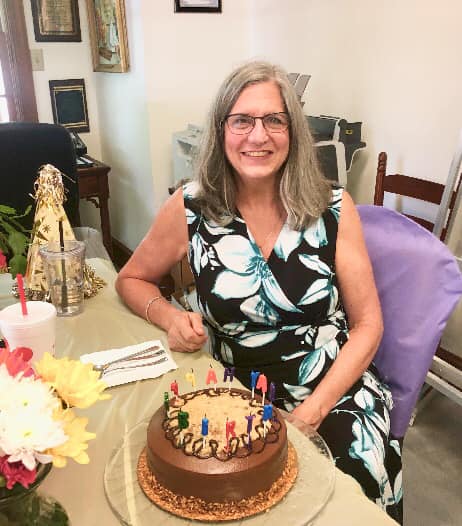 Congratulations to Jenna! She received her degree today!

Posting better late than never...we celebrated Jeanie’s 39th birthday on Tuesday! Her birthday present from the boss was tickets to see Hamilton the Musical that night! It was a fun day!

Carlton and Barbara Geiger are coordinating the 45th Annual Conference of the NC Office of Emergency Medical Services in Greensboro! The trade show is packed with emergency medical equipment suppliers, billing companies, community college programs, ambulance dealers, air care providers and other EMS providers and yep, this year there is a helicopter in the building! Check out the video as the aircraft landed on Pinecroft Drive behind the hotel’s loading dock on Saturday!! We love our EMS family!!

Today was party day at Upton Associates, as we celebrated Christine’s birthday! Oh, how we love a party!

This year has been front-end loaded for Upton Associates' staff! We've held 2 annual meetings and one summer meeting, 15 assorted board meetings, and numerous weekly conference calls with our clients.

We are looking forward to the upcoming NCOEMS Expo 2018 in Greensboro in September!

And, we have some BIG birthdays to celebrate in August!

The NC Foot and Ankle Society just wrapped up a very successful Winter Scientific Seminar topped off by a Centennial Gala celebration! The special event was lovely and a special woman and former executive director was remembered. Thank you to the members of the Board, the exhibitors and attendees for your part in making sure that the event was such a success! But thank you most of all to my Upton Associates awesome staff, Jean and Christine. You guys rock! Congratulations Jeanie on a job well done, as usual! Miss Ellie is smiling down on all of us!! 😊

Happy snowy day! We’re expecting to be in the office before lunch. Y’all be careful out there! 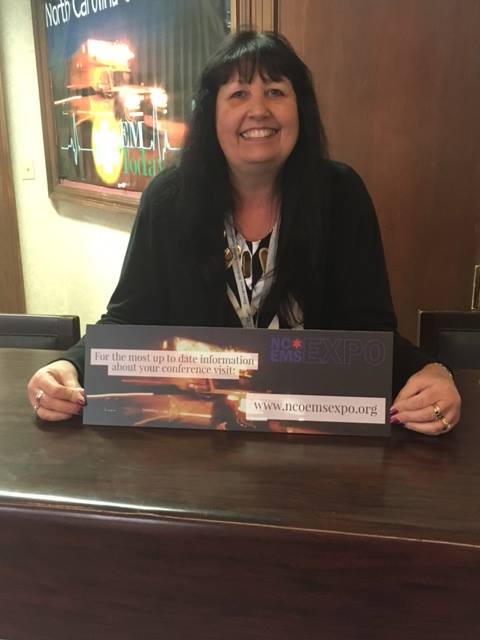 Barbara and Carlton Geiger wrapped up EMToday 2017 at the Sheraton Koury Center in Greensboro, North Carolina. Thanks to the exhibitors and attendees for a great meeting! Visit ncoemsexpo.org for additional information.

This wonderful portrait of Robert and Eleanor returned to our office today, where it will serve as a daily reminder of the loving watchfulness of this kind pair.

Eleanor Flowers Upton was united with her Lord and Savior and reunited with her beloved husband in heaven on Sunday, June 11, 2017, following an unexpected illness.

Eleanor was born to the late Hardie Allen Flowers and Lois Thorne Flowers on February 21, 1935 in Wake County. She resided in Red Oak and later Rocky Mount, where she met and married the late Robert McLean Upton, the love of her life, on May 21, 1955. Bob and Eleanor moved to Winston-Salem, where their daughter Barbara was born in 1958.

Eleanor is survived by her daughter, Barbara Upton Geiger, and son-in-law, Carlton, whom she loved as if he were her own, and their children Robert and Margaret; son, Mark Nelson, daughter-in-law, Angie, and their children Ryan and Stephen. Eleanor also leaves behind four loving siblings, Janie Williams (Jay), Barbara Taylor, Fred Flowers (Joan) and Steve Flowers (Kathy), many other dear family members, and a multitude of special friends.

There are not sufficient words to describe Eleanor's loving, caring, and giving spirit. Those whose lives she touched are better for having known her. She loved without condition and that love was so graciously returned.

A service of Holy Eucharist will be held at Christ Episcopal Church on Thursday, June 15, 2017 at 11:00 am. A private interment of the ashes will be attended by the family. Christ Church is located at 120 E. Edenton Street, Raleigh NC 27601.

Dearest friends, we are saddened to inform you of the passing of Eleanor Flowers Upton, mother, sister, friend, and mentor. Eleanor passed away peacefully on Sunday, June 11, 2017, following a brief illness.

Barbara and Carlton Geiger and Lisa Deubler, along with NC Board for Licensing of Geologists Counsel Mary Lucasse and NC Board of Landscape Architects Counsel Jeff Gray are attending the 41st Annual FARB Forum on behalf of Upton clients, NCBLG, NCBLA and NCICLB in San Antonio, TX. Federation of Associations of Regulatory Boards - FARB

As one of the oldest shopping centers in North Carolina, Cameron Village in Raleigh is a cornerstone of the city’s history.

In observance of Memorial Day, our office will be closed on Monday, May 30, 2016.

We extend our gratitude to those who paid the ultimate price to protect us and our thanks to those they left behind.

Robert McLean Upton left this earth to join his Lord and Savior on April 18, 2016, following a brief, unexpected illness. Bob was born to the late Robert Hamilton Upton and John Eloise (McLean) Upton on October 7, 1928 in Fayetteville, NC.

Bob served in the US Navy 1946-48. He graduated from UNC-CH with a BA in English in 1952. Bob returned to the University for one year of post graduate education in journalism. His journalism career began as a young boy delivering newspapers in Atlantic City, NJ. Bob worked as a reporter for the Rocky Mount Evening Telegram and the Winston Salem Journal and Sentinel. In 1959 he began his public relations career working as Public Information Officer for the State of NC and later as Public Relations Manager for Monsanto and Texasgulf. In 1984, he joined Upton Associates where he worked as a Public Relations Consultant, Association Executive and Administrator of two NC State Licensing Boards, alongside his wife Eleanor until their retirement in November 2012.

Bob was a faithful member of Christ Episcopal Church in Raleigh. Bob had a caring, gentle, loving spirit. His wisdom, intelligence and his way with words inspired, taught and guided in some way, every life that he touched.

A private family memorial service and a celebration of life will be held at a later date. Contributions can be made in in the name of Robert M. Upton to Christ Episcopal Church, PO Box 25759, Raleigh, NC 27611-5778 or National Parkinson’s Foundation, 200 SE 1st Street, Suite 800, Miami, FL 33131 or http://tinyurl.com/donate-NPF-RMU

We make life better for people with Parkinson's through expert care and research. Everything we do helps people enjoy life with friends, families, children and grandchildren until there is a tomorrow without Parkinson's.

Dearest friends, it is with heavy hearts that we inform you of the passing of our father, friend, and co-founder, Robert Upton. Mr. Upton passed away peacefully on Monday, April 18, 2016.

Robert McLean Upton was born on October 7, 1928 in Fayetteville, North Carolina. He married Eleanor Flowers on May 21, 1955. Their daughter, Barbara Upton Geiger, was born in August,1958, and their son, Mark Nelson, was adopted in 1973. Mr Upton was a 1952 graduate of the University of North Carolina at Chapel Hill.

Arrangements have not yet been announced. The family will name a recipient for memorial contributions shortly, in lieu of flowers.

Please keep Eleanor, Barbara, and the Upton and Geiger families in your thoughts and prayers.

The NC Foot and Ankle Society is on the short rows of a very successful, informative Winter Scientific Seminar at the Grandover Resort in Greensboro, NC. Shout out to the Upton Associates crew, Jean Kirk, Sharon Sally, Jenna Miller and Robert Geiger! You guys rock! Give Mr. Boxley our love and well wishes. He's been an integral part of the Society for more than 45 years!

Be the first to know and let us send you an email when Upton Associates posts news and promotions. Your email address will not be used for any other purpose, and you can unsubscribe at any time.

Send a message to Upton Associates:

Carlton and Barbara Geiger are coordinating the 45th Annual Conference of the NC Office of Emergency Medical Services in Greensboro! The trade show is packed with emergency medical equipment suppliers, billing companies, community college programs, ambulance dealers, air care providers and other EMS providers and yep, this year there is a helicopter in the building! Check out the video as the aircraft landed on Pinecroft Drive behind the hotel’s loading dock on Saturday!! We love our EMS family!!

Other Event Planners in Raleigh

Other Event Planners in Raleigh (show all)