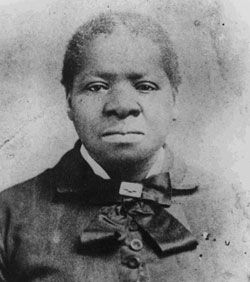 Biddy Bridget Mason (1815-1891) was born into slavery and given as a wedding gift to a Mormon couple in Mississippi named Robert and Rebecca Smith. In 1847 at age 32, Biddy Mason was forced to walk from Mississippi to Utah tending cattle behind her master’s 300-wagon caravan.

After four years in Salt Lake City, Smith took the group to a new Mormon settlement in San Bernardino, California in search of gold. Biddy Mason soon discovered that the California State Constitution made slavery illegal, and that her master planned to move them all to Texas to avoid freeing them. With the help of some free blacks she had befriended, she and the other slaves attempted to run away to Los Angeles, but they were intercepted by Smith and brought back. However, when he tried to leave the state with his family and slaves, a local posse prevented his flight. Biddy had Robert Smith brought into court on a writ of habeas corpus. She, her daughters, and the ten other slaves were held in jail for their own safety until the judge heard the case and granted their freedom.

Now free, Mason and her three daughters moved to Los Angeles where they worked and saved enough money to buy a house at 331 Spring Street in downtown Los Angeles. Biddy was employed as a nurse, midwife, and domestic servant. She was one of the first black women to own land in the city of Los Angeles. She had the gumption to use part of her land as a temporary resting place for horses and carriages, and people visiting town paid money in exchange for the space. This can be considered the first "parking lot" in Los Angeles!

Knowing what it meant to be oppressed and friendless, Biddy Mason immediately began a philanthropic career by opening her home to the poor, hungry, and homeless. Through hard work, saving, and investing carefully, she was able to purchase large amounts of real estate including a commercial building, which provided her with enough income to help build schools, hospitals, and churches. Her financial fortunes continued to increase until she accumulated a fortune of almost $300,000. In today's money, that would be $6M. Her most noted accomplishment is the founding of the First AME Church in California.

You can send a message directly to OBasil Chauffeured Transportation and Consulting.

You can send a message directly to OBasil Chauffeured Transportation and Consulting.

OBTRANSPORT for your all inclusive tour vacations!

I love it y’all’s

Website is being re-done, due to Covid-19, no planned tours, hoping for a new outlook to my event management firm. Plans are to package vacations, until my tours can be re-booted and back on the Big Bus, until then my travel partners call me at (703) 297-1255 or email me at [email protected].

Living in rural country is so refreshing and I love the scenery check out the Eagle! Fly Like an Eagle in the Sky my song!

Partying what a blast from the past!

DC Rocks, love that City my birthday weekend was Epic thankful for my blessings free concert with all my favorite from back in my younger years it was spectacular and I had a Blast to Blessed to be Stressed

Book your next adventure with OB Transport

Times like these are fun, exciting and great memories

OB Transport for your upcoming adventures.

Be the first to know and let us send you an email when OBasil Chauffeured Transportation and Consulting posts news and promotions. Your email address will not be used for any other purpose, and you can unsubscribe at any time.

Send a message to OBasil Chauffeured Transportation and Consulting: 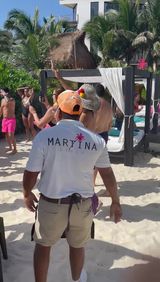 OBTRANSPORT for your all inclusive tour vacations! 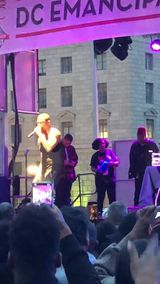 Other Party Entertainment Services in Leesburg

Other Party Entertainment Services in Leesburg (show all)