In our Battletech Cockpit Simulators, you pilot a 3-story tall walking tank in a virtual world of fu MechCorps is located inside Battlefield Houston.

View the map to our location: http://goo.gl/maps/Jtlh0

See the footer of Battlefield Houston's website for the hours of availability:
https://www.battlefieldhouston.com/mechcorps

The original design by Cosara Weaponries for the King Crab was a little lacking to the desires of General Aleksandr Kerensky.

It saddens us to announce that MechCorps will not be able to attend DragonCon in 2022 or for the foreseeable future.

After significant discussions and lots of number-crunching, we finally had to conclude that it has become financially unfeasible for us to transport equipment and staff halfway across the US to Atlanta Georgia in order to participate in DragonCon and then back again. We have enjoyed all of the friends we have made since our first DragonCon appearance in 2010 (with only 8 pods!)
https://www.facebook.com/media/set/?set=a.10160701806747754&type=3
.
If you are ever in Houston, Texas, please look us up!

MechCorps is still adding conventions to our Convention Tour. Hopefully we can meet up again in the future

If you represent a convention or have a recommendation of a convention that needs more gigantic robotic mayhem, PLEASE contact us!

Bring your friends and family and compete with them or against them on futuristic battlefield.

You WILL accept my Batchall …

Our Battletech Pods are now available at Comicpalooza in Hall B of the George R. Brown Convention Center

This photo is courtesy of MechWarrior Pilot "SeaRaptor"

Attention Giant Robot Pilots in the Houston Area:
Our Battletech Cockpit Simulators are now available in Hall B of Comicpalooza at the George R. Brown Convention Center Today through Sunday evening.

Tovaar, is this a pic of your old sim pit?

Movie Synopsis written in Chinese and literally translated back into English.
.
If you think you know which movie it is, comment (do NOT say the title) and give another badly translated description of the same movie or it’s sequels.

The Internet is a strange place…

In 3049 Comstar commissioned production of a a tri-vid series featuring the Black Knight. The series was to have two purposes re-introduce the nearly extinc...

Have you tried out the new infantry equipment?

All new equipment and a new way to play! The headsensors are wireless and now you can build up experience points for perks and add-ons. Preview starts today and officially available starting June 15th! Thanks so much for being a part of Battlefield Houston!

MechCorps Entertainment updated their information in their About section.

MechCorps Entertainment updated their information in their About section.

One step closer to industrial, construction and forestry ‘Mechs…

Rosie MkII says "Get In The Pods!" Translocations will be available through Sunday afternoon.

NEW SOFTWARE for the PODS?

This just in... There are rumors of a new game in the pods:

We hear that you can play the part of Applejack, Rainbow Dash, and other favorite Ponies to reenact many of your favorite episodes and make up new stories behind the 89 different controls of the Tesla II Cockpit Simulator. New controls are rumored to include 4 foot pedals and a tail control in the seat of the pod!

Release date has not been revealed as of yet, but we'll let you know when we hear about it.

Boarding of pods will commence at 5pm Friday and will be available through Sunday, April 3.
https://fb.me/e/3kj7AH94d

CyPhaCon is the first deployment for the MechCorps 2022 convention season!

It has been far too long since the Lake Charles Civic Center has played host to CyPhaCon! CyPhaCon Pop Culture Convention returns April 1-3, 2022, after a two year hiatus from it's last show in 2019 and they have been using the time off to prepare for a fantastic event. More guests, panels, and shopping than ever before as CyPhaCon takes it's place as Louisiana's largest fan run convention! If you want a large event, you can't go wrong with having Mechcorps Entertainment and the giant robots we bring to the party!

The Northern US Set of Battletech Pods will be at Western Michigan University this weekend in Kalamazoo as part of Marmalade Dog Gaming Convention! Games in pods are at no extra charge after admission!

Please consider to support the TMC on Patreon:https://patreon.com/TMCDEWe are fans and make videos for fans, so our videos will always remain non-commercial ...

How to arm your jump suit…

That time that the MechCorps Vols were real life BattleTech Mercenaries at a scenario paintball tournament. A MechWarrior is coming in from Louisiana this Saturday, Jan 8, at 6pm, to experience the pods for the first time. MechCorps Veterans will be there also. Feel free to join us!

MechCorps is going to have a little BB League Night Challenge and anyone is invited to play.

Here is the game:
See the image we post each week. (this image here.)

The show is on Discovery at 7pm central (8pm eastern) on Thursdays.

Let’s see who has the best stats at the end of the season.

You get 1 point for picking the winner of each bout, plus one extra point if you can call if it will be a knock out or a judges decision (assuming your original pick wins the round)

S.O.S.S.S.
.
Save Our Space Shuttle Simulator

"We hope to have it in place at the museum in April."

Red Planet Veterans in the pods!

BOOOOOOOOOSTing the post to remind you about the Red Planet event coming Saturday, December 4!
https://fb.me/e/1hKVhlvEs

Thanks to all the new recruits and old friends at Houston Arcade & Pinball Expo 2021! Till our targets cross again!
.
.
#MechCorps #GetInThePods #Battletech #Mechwarrior

MechCorps is looking for those interested in joining the ranks of our Mobile Armor Division to assist in the deployment of our Battletech Cockpit Simulator Pods to Conventions in Houston and other battlefields in Texas and other southern United States.

Those interested should head to the MechCorps Vol Recruiting Office. and learn more.

I rolled Crane…
is that enough to succeed to hit?

This is how you parent well:

Be the first to know and let us send you an email when MechCorps Entertainment posts news and promotions. Your email address will not be used for any other purpose, and you can unsubscribe at any time.

Send a message to MechCorps Entertainment:

Where is MechCorps Entertainment located in Galveston Esports Summit 2021? 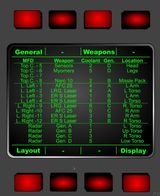 I want to be a Warhammer. 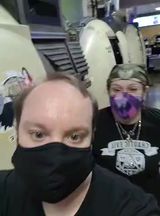 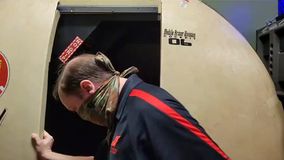 Testing of the full-size Gundam in Yokohama 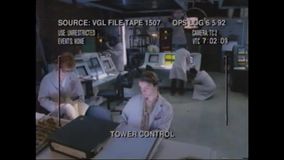 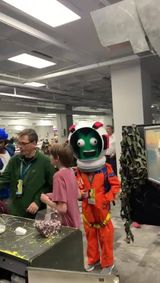 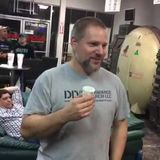 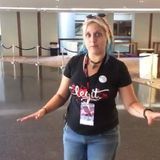 MechCorps’s Battletech Cockpit Simulator Pods are NOW OPEN with NEW HOURS of operation! Here is the map to the new location: http://goo.gl/maps/Jtlh0

Ever wanted to drive a giant robot armed to the teeth with lasers, cannons, and missiles to own the battlefield?

Then you've found the right place.

In our BattleTech Cockpit Simulators, you can battle multiple other pilots in 3-story tall, 75-ton, walking tanks in a virtual world of futuristic war. Fight one-on-one, everyone for themselves or teams; with or without computer AI opponents. We will train and prepare you for the most fun you’ve had beating up your friends ... without leaving bruises!

After each battle, you can talk smack while you watch a review of your game and get a SCORESHEET to prove your superiority!

Other Party Entertainment Services in Houston

https://www.youtube.com/watch?v=eAHKS0nVlL4&ab_channel=ForgottenWeapons
Good times
When you guys come out to Conventions do you bring merch with you to sell or is it the online stores only?
Let's see if I can top my score from Dragoncon 2018 at MechaCon Anime Convention this weekend...
is anyone going to be at Dragoncon?
Been quite some time since I've made it out to the pods. Unfortunately I've got an art booth at Delta H so I won't be able to see you guys at Comicpalooza. Anything I should know? What's been going on??
So as cons start to wake back up are there any plans for the pods to go to any this year?
Found my book from 1993; when the pods were at Memorial City Mall. Can't wait to get back to Houston and make a few drops.
My son and I dropped by last night, too bad we didn't stay for you guys. If I knew we would have introduced ourselves ^_^. Next time.
This is Captain Leigh from the SWLA Browncoats. Just wanted to say again how much we enjoyed raising money for Kids Need To Read with you guys and MechCorps Entertainment. Y'all are a class act as far as fan groups go. It was a wonderful experience and we'll hopefully see you at the next convention.
Found while moving. From the Pasedena Ca location
I will be heading over there this evening, hopefully there will be some other pilots around