Where vintage meets luxury. Come experience our 4-diamond, 135 room hotel located in historic Market Square. We are proud to be an Autograph collection hotel by Marriott as we are truly like nothing else!

Every great city has a landmark hotel that speaks volumes about its history and embodies a sense of place. In Houston, that landmark is the Hotel ICON, an exclusive member of Marriott's Autograph Collection, located in the heart of downtown at the confluence of dynamic business, theater, legal and sports districts. Originally built in 1911 as the Union National Bank Building, Hotel ICON thoughtful

Every great city has a landmark hotel that speaks volumes about its history and embodies a sense of place. In Houston, that landmark is the Hotel ICON, an exclusive member of Marriott's Autograph Collection, located in the heart of downtown at the confluence of dynamic business, theater, legal and sports districts. Originally built in 1911 as the Union National Bank Building, Hotel ICON thoughtful

🍺It's National Beer Lover's Day! Tag a friend that you would like to share one with below! 🍻

Recommendations Needed! 📔 What book will you bring on your next trip? Leave comments below. 🍎

Thank you for your tireless work! We hope you take some time to kick back, relax and enjoy the day! ❤

Hotel ICON: A hotel that reflects your iconic style in the heart of Houston, where you can immerse yourself in art, culture and luxury.
http://autoh.tl/6189zRRM1
📷

⭐ ⭐ ⭐ ⭐ ⭐
"Loved staying here. The rooms are spacious, the breakfast buffet is perfect, and the staff are wonderful and accommodating. It is close to the Theater District, and it is within walking distance of many really good restaurants." - Jamie M,
http://autoh.tl/6186Jkhus

Whether you are looking for small corporate meeting space, conference space, or a venue to host your company meeting, Hotel ICON offers a stately, inviting ambience with timeless elegance and blue-chip hospitality.
📞 (832) 667-4453
http://autoh.tl/6183zNt9z

Why choose the Hotel ICON as your wedding location?

Celebrate at the Hotel ICON, the most stylish sanctuary in Houston.
http://autoh.tl/6189zN32D

⭐ ⭐ ⭐ ⭐ ⭐
"I love the vintage decor and feel throughout the hotel and rooms. The beds were very comfortable and staff was very welcoming. I wish we would've stayed longer, by far this is one of the best hotels in the area." - Alicia P,
http://autoh.tl/6186Jkhus

Dreaming of an ICONIC wedding? 💍

Cheers to ! 🍻 Stop by and celebrate with us this weekend at the L&L Bar.
http://autoh.tl/6186zFjrm

ICONic vibes all around 🍾

When you stay at the Hotel ICON during , your four-legged friend can also enjoy a stay .🐾
http://autoh.tl/6189zRRM1

⭐ ⭐ ⭐ ⭐ ⭐
"Loved everything about this hotel the second we walked in, and it only got better and better. From the atmosphere, to the cleanliness, and the overall vibe of this super old and beautiful building." - Robert F,
http://autoh.tl/6186Jkhus

Hotel ICON is located in the heart of Downtown Houston where business, socializing, dining and nightlife take center stage.
http://autoh.tl/6189zRRM1
📷 Kaptured by Kelley

Hotel ICON is just a short walk from Downtown Houston's most notable landmarks, so you can experience art, history, culture, and nature in one location.
http://autoh.tl/6189zRRM1
📷 k3ls0

Hotel ICON - the perfect backdrop for you to live in the present with the people who matter most.
http://autoh.tl/6189zRRM1
📷 k3ls0

Whether there are just a few of you getting together to collaborate, or you're hosting a major event, the Hotel ICON can offer you the right fit in the right place.
📞 (832) 667-4453
http://autoh.tl/6181Koyvc

⭐ ⭐ ⭐ ⭐ ⭐
"If you’re looking for a hotel with class and impeccable service, this is the place for you in downtown Houston. Every interaction that I have had with the staff has been friendly and approachable, which is hard to do in the crazy world that we find ourselves in these days." - James K,
http://autoh.tl/6186Jkhus

Take your love to new heights at the Hotel ICON.

Happy from the Hotel ICON! 🇺🇸

The sky(line) is the limit at Hotel ICON.

Celebrating the red, white, and blue won't be the same without you! 🎆 Join us this weekend at the Hotel ICON and enjoy all the events that Houston has to offer. ⬇️
http://autoh.tl/6180zYsbY
📷 Richard Carson

represents Marriott International’s love letter to the world; a commitment to inclusion, equality and creating positive and sustainable impact wherever we do business. Send your own love letter to a LGBTQ+ youth by visiting http://autoh.tl/6180zcwl4

When it comes to wind down the day, our L&L Bar offers an ideal escape for individualists and intrepid travelers alike to explore our selection of iconic and contemporary craft cocktails.
http://autoh.tl/6189ziD4H
📷 nathalie_kosman

Effortlessly blending timeless sophistication and contemporary character, Hotel ICON provides the perfect backdrop for a celebration that is both stylish and unique.

Happy from the Hotel ICON! ☀️ How will you be celebrating? Tell us in the comments below. ⬇️
http://autoh.tl/6186zeMfr

Happy from the Hotel ICON! 💙

Are you looking for a unique location to capture your engagement photos? We'd love to be your destination of choice as you step into this exciting phase of life!
📷 Kaptured by Kelley

Where to Eat & Drink During Pride

has arrived, and we can't wait to celebrate with you at the Hotel ICON! ‍🌈 Click the link below to discover all the festivities taking place in Downtown Houston. ⬇️
http://autoh.tl/6180zbmFI


Houston, Pride is back! The 44th annual Houston LGBT+ Pride Celebration is happening downtown at Houston City Hall on Saturday, June 25, 2022. Grab your friends and join all the celebrations the city has to offer. Here’s our guide to all places to eat, drink and celebrate all pride month long!

Secure your upcoming stay at the Hotel ICON by using the code S4B and enjoy complimentary breakfast for two guests daily. Click the link below for more details. ⬇️
http://autoh.tl/6184KNQtp

Say “I Do” in timeless style at the Hotel ICON. ✨

Hotel ICON: A hotel that reflects your iconic style in the heart of Houston, where you can immerse yourself in art, culture and luxury.
http://autoh.tl/6181yxOTf
📷

At Marriott, we believe that when , the world is a more inclusive and peaceful place. Happy from the Hotel ICON! 🏳️‍🌈

Looking to getaway with the whole family? We look forward to welcoming you to the Hotel ICON...paws and all! 🐶
http://autoh.tl/6189zRRM1

Remembering those who made the ultimate sacrifice for this country & wishing safe journeys to all traveling this weekend in the U.S.

Secure your upcoming stay at the Hotel ICON by using the code S4B and enjoy complimentary breakfast for two guests daily. Click the link below for more details. ⬇️
http://autoh.tl/6184KNQtp

⭐ ⭐ ⭐ ⭐ ⭐
"Beautiful, unique hotel. It's like stepping into history when you walk in. The lobby area is gorgeous, with the original pillars and vault of the bank that once stood there. The staff is incredibly kind and helpful. Highly recommend!" - Traci R,
http://autoh.tl/6186Jkhus

We know your wedding should be perfect, but we also believe it should be unique and unlike anything anyone's experienced. Dare we say... ✨ICONic✨?

Land of the free because of the brave. The Hotel ICON would like to thank all active military and veterans for their service.

Be the first to know and let us send you an email when Hotel ICON posts news and promotions. Your email address will not be used for any other purpose, and you can unsubscribe at any time. 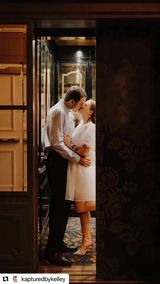 Are you looking for a unique location to capture your engagement photos? We'd love to be your destination of choice as you step into this exciting phase of life! 📷 Kaptured by Kelley Give us a call today and get all the information on pricing and availability for our remaining 2022 dates. 📞(832) 667-4453 http://autoh.tl/6180H4NQa #engagementphotos #shesaidyes #houstonphotography #bridetobe #igofhouston 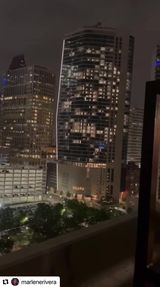 Step out of the Penthouse Suite and into this view at the Hotel ICON. 📞 Reserve your VIP Stay (713) 224-4266 https://bit.ly/3Nx4TN4 📷 Marlene Adriana Rivera #ExactlyLikeNothingElse #DowntownHouston #Penthouse #VisitHouston #VIPTravel 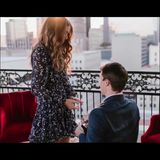 Are you looking for an ICONic location to pop the big question? 💍 Contact us today and reserve the Penthouse Rooftop Terrace for your engagement celebration. 📞 (832) 667-4453 http://autoh.tl/6182HAYKq 📷 Carylux Photography #weddingwednesday #engaged #proposalinspo #penthouse #downtownhouston 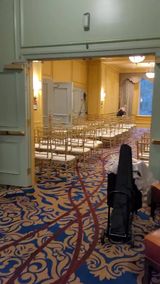 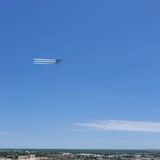 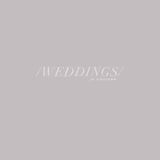 Every bride should have an ICONIC bride squad moment like this one! 💍✨😍 📸 Cakewalk Films

An #Iconic stay-cation right here in Houston! ✨ Thank you 713News for this amazing video! 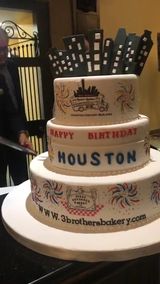 Premiere and beautiful accommodations punctuated by an extensive menu of luxurious services, amenities, and cuisine ✨ - at Hotel Icon you’ll experience all that has earned our hotel, including our restaurant Line & Lariat, a consistent Four 💎 status with AAA. 🛎️ www.hotelicon.com

The city’s signature tribute to patriotism 🇺🇸, Freedom over Texas returns with country music supertar Chris Young 🎤 and a Texas sized fireworks spectacular 🎆🎇🎆! Book your stay in the heart of your heart of action, at Hotel ICON! 🛎️ www.hotelicon.com 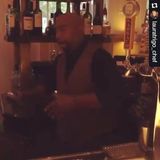 It's officially summer and it's hot out. One of our signature cocktails at LINE & LARIAT will cool you off! #happysummer #cocktails #summersolstice

We are coming to you live from the Steele Red Carpet Party, benefiting Military Warriors Support Foundation! #Starsareout #celebrity #BeICONic 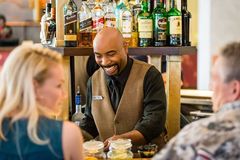 Herbert whips up another one of his ICONic cocktails! Come and see what it is at Hotel ICON! Autograph Collection #beICONic #bestbartender

There are few hotels in Houston that speak eloquently to the rich history of our celebrated city as Hotel ICON does. Its very name evokes ICON’s legendary presence in a bold urban landscape built by men whose imaginations were inspired within our very corridors.

Originally constructed to house one of the state’s most prominent financial institutions at the time, the Union National Bank, the building was erected in 1911 by renowned architectural firm Mauran, Russell & Crowell. At 12 stories, it was one of the nation’s first concrete and steel skyscrapers. The firm’s neoclassical concept for the structure was a marvelous nod to Grecian design: classic Corinthian columns span the exterior and decorative keystones feature the god Mercury, the Roman god of commerce (and trickery). Thirty-foot Doric columns line the interior. From the very beginning, the magnificent building was a stunning homage to the entrepreneurial spirit of Houston.

In 2004, this historic landmark was restored and transformed into Hotel ICON. The building retained its distinguished Bedford limestone and brick facade while sporting a lustrous new interior created by the San Francisco-based design firm, Candra Scott and Anderson. In 2012, the interior was refreshed and revitalized to capture the contemporary energy of Houston’s invigorating modern urban atmosphere and provide an even more genuine Texas experience.

A house of commerce for decades, now our spaces are the home of blue chip hospitality—with attentive service, rooms where you can take stock of your day, and plenty of spaces for making deals, fueling up and slowing down— all served up with a Houston-sized serving of pride.

Other Wedding Venues in Houston

Just letting you know that Christians Tailgate Downtown is now open from 10am to 5pm. Please let your residents know. Thank you and its much appreciated. Pick up, Take Out and we have Dine in on our patio!! 1012 Congress, thank you.
A big THANK YOU to the management and staff at Hotel ICON for their support during the filming of our movie DROPA. You can catch DROPA airing all month on SHOWTIME.
Amazing Hibiscus Martini crafted by Oscar Aguilar
Highly recommended and his service was superb.
Mucho Gracious! 🍸🍸
This is a test
Drag Brunch happening now!
Seriously, Hotel ICON? Do I need to stop recommending you to my fellow Houston travelers?
You’re nominated for a 2019 Top Choice Award. Voting is open and your customers can now thank you with their vote! Happy voting!
A big THANK YOU to Cattina Houston and the awesome staff of Hotel ICON. Always a pleasure working on projects there.
My Merican Concepts
Official MLB Houston Astros Championship merchandise has arrived at Hotel ICON, because we're Exactly Like Nothing Else😉👌🏻👍🏻
Hey ICON! How's it looking down there? Is Main flooded? ~ your Edible Arrangements neighbors
Wondering how you are faring with storm....
x

Other Wedding Venues in Houston (show all)