Event, Lighting, Sound Production Producing World-Class events is our expertise and passion. The whole concept of our company is based around a feeling - that unexplainable sensation that sweeps over you at an event when all your senses are stimulated.

It happens when every part of a production is working in perfect harmony: when the audio sounds so good you cannot only hear it, but you can feel the difference; and the visual effects don’t just look nice, they completely captivate you. You’ll know it’s happening when all you can do is become lost in the moment and smile. That feeling of “wow” is why we got into this business.

Looking for a professional environment to do a DJ livestream or podcast? Drop us a message here at Absolute Entertainment.

Absolute would be providing the music!

Come visit us this weekend!

WOW! Its getting exciting!

The official site of the 2019 NFL Schedule. Weekly view of the schedules including links to tickets, broadcast channels, and printable views.

Tomorrow is the 4th of July and we want to wish everybody a safe and fun weekend .... on that note, "Baby you're a Firework!!!"

Come see us tonight at Chase Court from 6-8 pm.

This is really quite an honor. No matter how many times ... we can only say a heart felt "thank you" to our couples. You all make the Absolute difference!

Thanks to all our clients who reviewed us! Our recent newlywed reviews have earned us the WeddingWire Couples' Choice Awards 2015, which means we are in the top 5% of wedding professionals nationwide. 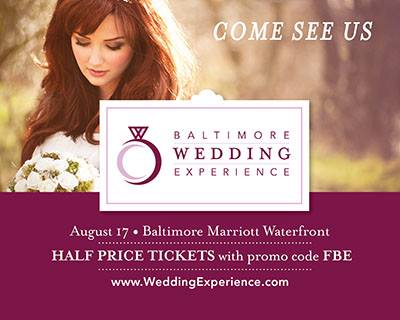 We will be at the Baltimore Marriott Waterfront this Sunday from 11am-5pm for the Baltimore Wedding Experience. Come on by to meet some cool dj's and many amazing industry vendors that will rock your event.

Dear fellow TUS member, It's my pleasure to let you know that the Global Women's Summits for Maryland (Columbia) and Pennsylvania & New Jersey (Mt. Laurel, NJ) are coming up in October.  The purpose of these events is to connect, support, empower, engage, inform and accelerate women in business and…

Discount Code for THINK: An Evening of Mind Reading and Magic

Discount Code for THINK: An Evening of Mind Reading and Magic

After fifteen consecutive weeks of sold-out shows and selling over 5000 tickets to "THINK: An Evening of Mind Reading and Magic", Max Major, twice voted the best entertainer in DC by readers of the Washington City Paper, is bringing his critically acclaimed show to The Baltimore Theatre Project.

TUS and Rick Brewer present The New Rules of Sales

TUS and Rick Brewer present The New Rules of Sales

Rick Brewer has worked one on one with 2100 businesses and their sales people in helping them form a better strategic and competitive selling advantage. He has seen the sales world change from analog to digital and will share with you the best practices that you will be able to use immediately in yo…

Hello Members and welcome to TUS bi-weekly newsletter which will feature the top upcoming events and featured Members. This is a very NEW thing to help keep every Member "Under the Umbrella".

Hello Members and welcome to TUS bi-weekly newsletter which will feature the top upcoming events and featured Members. This is a very NEW thing to help keep every Member "Under the Umbrella".

Check out the new Kings of Leon single: http://www.youtube.com/watch?v=64a15jJqFDk

Does this mashup work? Ke$ha vs The Beatles, check it out!

Thank you for visiting Absolute Entertainment. To learn more or to have any questions answered, please call us at 410.761.1212. 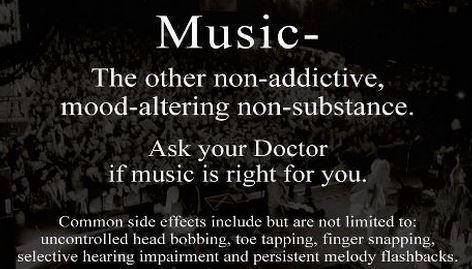 Please join Absolute Entertainment and many other wonderful vendors at the T Rose International bridal show, Sunday, July 8th from 12 - 4pm at the Greenbelt Marriott. If you use PROMO CODE "absolute" you will receive a FREE ticket to the show!! http://www.trosebridalshows.com/

Join us for this amazing event... no charge at the door, just register in advance...

Please vote for us for this grant from Chase and LivingSocial. As many of you know, we donate a lot to non-profit and other entities like American Cancer Society, American Diabetes Associtation, Animal Advocates of Howard County, Wounded Warrior, Best Buddies and many, many more. Help us to continue to support these events without incurring cost overrun. Please vist www.missionsmallbusiness.com to vote. Absolute Entertainment, Hanover, Maryland. You can login on facebook.

Chase and LivingSocial are awarding $250,000 Grants. Vote for your favorite small business at www.missionsmallbusiness.com.

Ken Rochon, Founder and President, announced that he is stepping aside to focus on other ventures. Rochon, renowned author and public speaker, will still be available as a deejay on a request-only basis, but will be focusing on writing, travel, and his PR and branding company “The Umbrella Syndicate.”

“I love music and this industry with a passion” said Rochon. “At this point in my career I can still make a huge contribution, and helping people with their branding and social media is another of my passions, along with culture and travel. With thirty amazing years behind us it seems like the right time to contribute from the outside.”

In conjunction with the announcement, Rochon named John Paul Berry the new President and Jason Wallace the new Vice President. Each agreed to a 3-year contract extension.

Berry has been at Absolute since 2002, recently celebrating his 10 year anniversary as a staff member. John Paul, a Board Member of Baltimore’s NACE chapter will also retain the duties of a COO and will also continue to be the Director of Operations.

“I am very happy to continue my work at Absolute Entertainment,” said Berry. “I’ve known Ken (Rochon) for thirty years and I have seen so much here in that time. We really have a great team here (at Absolute) and it’s hard to believe it’s been ten years. So much has changed here technically I can’t wait to see what’s on the horizon.”

Wallace joined the team in 2004 and over time has become the most popular performer in the area. In addition to performing, Jason will continue to assist the new deejay’s in training and creating amazing mixes for their events. Additionally, as the top salesperson, Jason will be assuming the position of Director of Sales.

“I’m really blown away and excited about this” said Wallace, adding “it’s been so great working under Ken and alongside John Paul. We have a lot of new guys here and a lot of new techniques, and I can’t wait to show everyone what we’re all about.”

Other staff appointments include Jacob Jensen, one of the rising stars in the company, being appointed Director of Media Relations; Jami Grandt, a fixture since 2000, is the new Director of Entertainment Sales; Gordon Thorn, here since 1982 is the Operations Assistant. Rounding out the home office staff is Nelly Rochon, Chief Financial Officer. At present, “AE” numbers 47 performers and assistants.

For more information, contact Jacob Jensen at 410-761-1212 or visit http://www.AbsoluteEntertainment.com

Marry Me in DC

Come see us this Sunday April 29th at Club Hippo! Marry Me In DC (www.facebook.com/MarryMeinDC) at Club Hippo, Baltimore from 1pm-5pm.

Toys that just came in the office

Let the preparation begin for @Baltimore NACE UNCORKED! Designers are welcome to come and unload tomorrow during two different time periods, 7:00am-10:30am or 3:00pm-8:00pm, you may remain on site to set up from 10:30am-3:00pm just no unloading, so all designers please advise.

Be the first to know and let us send you an email when Absolute Productions posts news and promotions. Your email address will not be used for any other purpose, and you can unsubscribe at any time.

Send a message to Absolute Productions:

I was looking forward to being inside the Antrim 1844 for the reception.

Other Event Planners in Hanover