Membership within the Club can open many avenues whether you are looking to foster friendships, find business, career and/or health opportunities. For many, the Club is a place to come to regroup and refresh before tackling life’s daily events as well as merge the needs of work, family, friends and community.

A belated congratulations to our 2021-2022 Basketball League Champs! 🏆

Today’s Liquor Feature is Horse Soldier Reserve Barrel Strength. 🥃 The Horse Soldier brand was started by a group of Special Forces Veterans and is currently distilled in partnership with Middle West Spirits in Columbus, Ohio. This bottle will be available as a tasting pour today (Tuesday, March 15) after 3pm. $6/pour, while supplies last. #myclubacc

A bittersweet farewell to our AGM, Sarah Favara. After 15 years, today marked her final day at the ACC as she steps into her new role as Executive Director of The Faculty Club at The Ohio State University. Sarah consistently demonstrates vision, confidence, integrity, and a genuine desire to engage with members and employees. These qualities will be instrumental to her success at The Faculty Club and we wish her all the best. Cheers to Sarah! 🥂 #myclubacc

The new March/April edition of the Blue Wings magazine is now available! Check your email for the digital version and check your mailbox for a print copy arriving soon. 🔜📭 This edition highlights events & news such as:

And more! Be sure to check out the online Events Calendar for added events and registration. #myclubacc

Yesterday was our Annual Staff Party at @topgolf ⛳️ We are so grateful for all of our staff who continuously work to improve the ACC member and guest experience. Thank you for all that you do! #myclubacc

The predecessor of the Blue Wings magazine was The Columbus Athletic Club Journal. In honor of a new Blue Wings coming out next week, here is a shot from one of the oldest editions in our collection: February of 1918! #myclubacc

Tomorrow’s Liquor Feature is I.W. Harper Cabernet Cask Reserve. 🥃 This bottle will be available tomorrow (Tuesday, February 22) after 3pm as a tasting pour in Carmichael’s. $5 per pour, while supplies last. #myclubacc

ACC Board of Directors 2022-2023 • This past Tuesday, membership voted to officially appoint Derrick Clay, Bob Roach, and Dan Sharpe to the Board of Directors. We are thankful for this group and look forward to the year ahead under the leadership of our new Club President, Rob Ferguson. #myclubacc

All areas of the clubhouse will close at 5:00pm today for the Annual Meeting. Because of this, we are moving the Liquor Feature to WEDNESDAY! 🥃 Elijah Craig Single Barrel 18 Year will be available as a tasting pour tomorrow (Wednesday, February 16) after 3:00pm. $11 per pour, while supplies last! #myclubacc

Get ready for the big game this weekend with carryout wings from the ACC! 🏈🍗 Wings will be habanero pepper marinated for 24 hours, fully baked by the ACC culinary team, and then packed & chilled for you to reheat at home the next day!

Chilled habanero wing packs will be available on the ACC app this Saturday, February 12 from 11am - 8pm. All you have to do is pop them in your air fryer or oven to reheat for your Super Bowl party! 🔥

Wings will be available in packs of 10 (5 drums & 5 flats only) with celery, ranch, and blue cheese dip. $10 per pack. Limit of 5 packs per order, while supplies last. Order & pick up this Saturday from 11am - 8pm! #myclubacc

**Updated 2/4** Due to the extended snow emergency and longer distances that many staff must travel to the Club, the clubhouse will reopen on Friday, February 4 at 11:00am. The Buckeye Room and the Pool will be closed all day.

Thank you and stay safe! #myclubacc

The ACC will open today (Thursday, February 3) from 11am - 6pm for Athletics only. Food & Beverage (Carmichael’s, The Café, The Booth, and the Buckeye Room) will be closed today.

The clubhouse will reopen tomorrow (Friday, February 3) with normal hours. The ACC will release further communication if anything changes. Stay safe, Columbus! 🌨 #myclubacc

Tomorrow’s Liquor Feature is Old Fitzgerald Bottled In Bond 8 Year. 🥃 This bottle will be available tomorrow (Tuesday, February 1) after 3:00pm. $7 per pour, while supplies last. #myclubacc

Have you signed up for the 20 in 28 Fitness Challenge? 💪 Starting February 1, work to complete 20 workouts in the 28 days of February! Workout options include ACC trainer-created workouts, classes and rides on a Peloton, or a completed in-person or virtual Group Fitness class. Stay motivated with other members by tracking your progress on the poster board in the 5th Floor Lobby. ✅

Receive a t-shirt for participating and if you complete 20 workouts in 28 days, you'll be entered in a raffle for an ACC gift card! $20 to participate. Please sign up online or at the 5th Floor Athletics Office. #myclubacc

Another Martinis & Mistletoe post because one wasn’t enough! We just love to show off our members in their holiday best 🤩 #myclubacc

We had an awesome crowd at our Group Fitness Sampler this past Saturday! Members got to try segments of HIIT, Mat Pilates/Core, and Yoga. Thank you to ACC instructors Brian, Jillian, and Josh for leading such a fun class! 💪 #myclubacc

Today’s Liquor Feature is WhistlePig Home Field Hog Batch Whiskey. 🥃 This OHLQ Exclusive Product will be available this evening as a tasting pour in Carmichael’s for $6 per pour. Available while supplies last! #myclubacc

To apply, please visit https://www.accolumbus.com/careers. Or, if you know anyone that might be interested, please share this post with them. The ACC is looking for dedicated, passionate, and service-oriented individuals to help make a positive impact on our member experience. We look forward to hearing from you! #myclubacc

It may be the New Year, but we’re looking back at one of our favorite parties of 2021: Martinis & Mistletoe! Thank you to our members for celebrating the holiday season with the ACC and thank you to Picture the Love for the photos! #myclubacc

Happy Holidays from the ACC! 🎄🎉 Please view the list of our upcoming holiday hours on the ACC app under “News & Announcements.” Regular clubhouse hours will resume on January 2, 2022. #myclubacc

More treats from Gingerbread Brunch and Cookies & Crafts! 🎄 Always a fun (& sweet 🍭🍬) time with our ACC families and friends. #myclubacc

🎶It’s the most wonderful time of the year🎶…Martinis & Mistletoe week! 🎉 We are just a few days away from the ACC’s biggest event of the year. Get ready to mix and mingle with other members in your holiday best, all while enjoying festive cocktails and hors d’oeuvres throughout the Club. Martinis & Mistletoe is this Thursday, December 16 from 7pm - 10pm.

Skip the lines at the event by purchasing your drink tokens ahead of time! Drink tokens are currently available at the Front Desk for $5 per token. 1 drink token = 1 beer and 2 drink tokens = 1 cocktail or 1 glass of wine. See you this Thursday! 🥂 #myclubacc

Be the first to know and let us send you an email when The Athletic Club of Columbus posts news and promotions. Your email address will not be used for any other purpose, and you can unsubscribe at any time.

Send a message to The Athletic Club of Columbus: 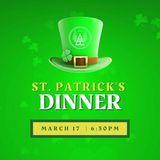 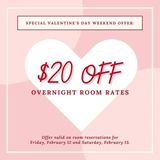 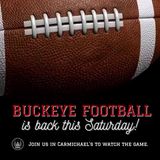 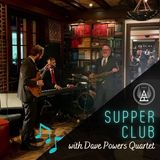 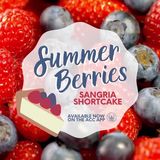 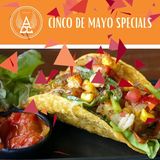 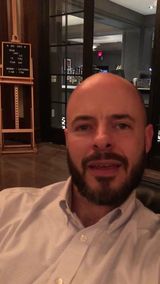 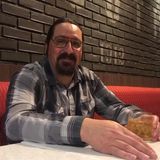 We Honor Our Rich Heritage & Tradition

In 1912, The Athletic Club of Columbus was founded by a group of business professionals interested in promoting both social and athletic endeavors.

The Club’s first President was Henry J. Booth. In early 1913, the already prominent Ohio Club merged with the ACC and the first clubhouse was headquartered in The Columbus Saving & Trust Building (now known as The Atlas Building.) Plans were immediately launched for the new home of the ACC on Broad Street.

Our current six-story brick clubhouse, an example of Spanish Renaissance Revival with Italian influence, was designed by Richards, McCarty & Bulford with Frank L. Packard as Advisory Architect. The building was dedicated in 1915, to much fanfare and the facade has seen very little change since its opening. In early October 2011, just in time for the Club's Centennial celebrations in 2012, the Club was officially named to the National Register of Historic Places.

The Club has been, and always will be, an integral part of the Columbus business and political communities. Throughout its history, the ACC has proved a haven for individuals, families, and business professionals.

Other Wedding Venues in Columbus