The Bell Event Centre is the perfect venue for your event. Our goal is simple, to pair exceptional service with a breathtaking facility. Event Venue

What a stunning Bell Bride ✨ @bambino_international Make every pic from your big day shine with these simple and romantic wedding photo backdrops that you can buy online.

Loving this sage green on the bridal party @bambino_international

A few weeks ago, Janet stopped in to the shop looking for a personalized anniversary gift for her son and daughter in law. They got married at The Bell Event Centre seven years ago, and we decided a custom watercolor of the venue would be perfect! Want to commission a painting of your own? Email me at [email protected] to get started!

The Bell Event Centre in Over the Rhine. Such a cool building and church.

Prints will be in Etsy shop next week! Why should you attend a Bridal Show?

Bridal shows give you the opportunity to meet prospective vendors face-to-face. Use this time to ask questions, share ideas, and view samples of their work.

The Wedding Veil, Unveiled: Everything You Need to Know About This Bridal Accessory

The Wedding Veil, Unveiled: Everything You Need to Know About This Bridal Accessory

It has something to do with virginity—or is it evil spirits? Here's a rundown of what wedding veils symbolize, their history, and much more.

Join our team today! We are hiring Banquet Servers.

The Bell Event Centre is a family owned business located in downtown Cincinnati. If you are interested in applying please call (513-852-2787) or email ([Email hidden]).

No experience necessary, but helpful! Being able to multi-task is ideal.

Duties include accommodating guests requests. set up and tear down of the event, serving and refilling food as well as clearing tables. Typical hours are Fridays and Saturdays mid-day to evenings. Each shift includes a staff meal.

Greet your guests with a soundtrack of wedding prelude songs as they begin arriving to your ceremony. Here are some of the best tunes to set the mood for your I do's.

The Bridal Show at The Bell Event Centre

Meet some of Cincinnati’s top wedding professionals and find everything you need to plan your wedding.

The Bridal Show presented by The Bell Event Centre 🥂

You're invited! We request the pleasure of your company at The Bridal Show presented by The Bell Event Centre.

How to Create Your Wedding Seating Chart

How to Create Your Wedding Seating Chart

It may feel a bit daunting, but once you figure out how to make a wedding seating chart, the process is sure to be a breeze!

Monograms are an elegant way to bring a dose of customization to your wedding day.

We are currently working through some updates/technical issues. Our email and website have been down. We will be back up and running soon. Thanks for your patience!

We are a Cincinnati Event Center that specializes in Cincinnati corporate events as well as Cincinnati wedding receptions. We are located in downtown Cincinnati, OH, just outside of the Central Business District.

Be the first to know and let us send you an email when The Bell Event Centre posts news and promotions. Your email address will not be used for any other purpose, and you can unsubscribe at any time.

Send a message to The Bell Event Centre: 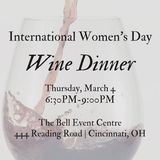 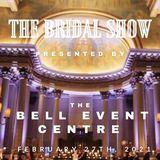 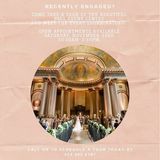 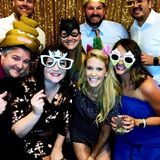 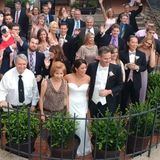 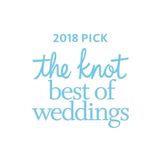 By 1850 there were 115,000 people living in Cincinnati, many of which were German speaking Catholics living in Over The Rhine. In 1843 Father Joseph Ferneding was asked to begin planning a church to be built to be named St. Paul in Over The Rhine. Work on the church was completed in January 1850. Father Ferneding was Pastor at St. Paul until 1866.

The architectural type of the Church is Romanesque with vaulted ceilings & golden pineapples which are a "sign of friendship & hospitality". The altar is supported by 12 corinthian columns.

The first two stained glass windows were done by F.X. Zettler, a German glass artist. The first was installed in the 1900's to commemorate the 50th wedding anniversary of parishioners, the Hemmelgarns. This window won first prize at the Chicago World's Fair in 1893. The second window by Zettler was installed a few years later in memory of a Priest of the church at that time. The remaining stained glass windows were installed in 1925 for the churches 75th anniversary.

By 1970, with people moving from the city to the suburbs, the congregation had dwindled to only 70 members. The Diocese decided to deconsecrate the building & closed the doors to St. Paul's. That same year the building was placed on the National Register of Historic Places.

In 1981, The Verdin Company, North America's oldest bell and clock company, purchased historic St. Paul's Church. When The Verdin Company bought the building it was in extreme disrepair, and the restoration work was to climb to one and half million dollars. After the two-year-long work was completed, the beautiful building housed The Verdin Company corporate headquarters and the Verdin Bell and Clock Museum.

In the late 1990's, The Bell Event Centre was created in St. Paul's Church. Featuring hand-painted murals, marble, stained glass windows, vaulted ceilings, terrazzo flooring, & a cobblestone courtyard, this spectacular venue made for an unrivaled setting for events. Christy Cafeo & her family were presented the opportunity to purchase The Bell Event Centre in 2008 and has been creating memorable events ever since.

With an elegant, historic setting & exceptional amenities, The Bell Event Centre is the perfect place to bring your dream wedding to life!

Other Wedding planning in Cincinnati