Spectrum Center, built by the City of Charlotte and operated by Hornets Sports & Entertainment, is home of the NBA's Charlotte Hornets and is the premier destination for top-rated concerts and events.

🎉Happy Birthday to the King of Reggaeton Daddy Yankee!!🎂🎁🐐

🎂Wishing Raphael Brown with Next a very Happy Birthday today! 🎂 🎉 and hope to see you again real soon!

💲OFFER ALERT!💲 Celebrate the 10th season of Impractical Jokers with $🔟off any ticket to Feb 17! Click here ➡️ https://bit.ly/3XyGnjM and use code TBS10

Calling all HBCU students!
Interested in leveling up this summer? The NBA HBCU Fellowship is now live! Set your alarm, turn on your job alerts, and make sure to polish up your resume. The application window is open now through Monday, February 20th.

This paid fellowship aims to provide career development opportunities in the business of basketball for undergraduate and graduate students from HBCUs. We are awaiting the best and the brightest talent.

Apply today for the opportunity to work across the league and join our Family! Visit nba.com/hbcufellowship and follow for updates.

The Queen City became the home of the 🎶Copacabana🎵🎵 last night! Thank you Barry Manilow for a spectacularly memorable evening!
📸 Kent Smith Photo and Video, LLC

1 hour until doors open…who’s ready for some hits?!💥🎤

is officially in the building! 🎹✨

ONE MONTH AWAY! Adam Sandler LIVE February 18! Do you think we will get a live version of "Red Hooded Sweatshirt" aka the Valentine's Day Song? 💝 Get tickets to find out! 🎟️ https://bit.ly/3hnmj4D

One Big THANK YOU to Future and Friends for One Big Party in Queen City last night!
📷Kent Smith Photo and Video, LLC

These fans are FIRED UP to see hit the stage tonight🔥🔥👀👀

The red carpet is all rolled out for & friends! 🎤 💫
Of course we had to supply the snacks for the BIG party 😉

Happy Birthday Jeremy Camp!! 🎂 🎂 🎂 Celebrate with him LIVE at Winter Jam February 26 with We The Kingdom, Austin French, Andy Mineo, Anne Wilson Disciple and NewSongOnline 🎟️$15 at the door.

Habari Gani! May Kwanzaa bring you prosperity, unity and faith

You forgot someone, didn't you? No worries! You can still get $25 tickets to Impractical Jokers February 17! Use Code CHEER until midnight tonight! 🎟️ https://bit.ly/3YbPf02

Be the first to know and let us send you an email when Spectrum Center posts news and promotions. Your email address will not be used for any other purpose, and you can unsubscribe at any time. 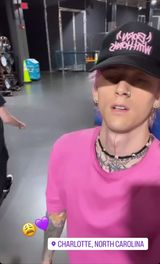 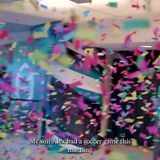 SPECIAL MOMENT AT THE HIVE! Today we celebrated our 20 Millionth fan! 🎉🎉🎉🎉🎉🎉

SPECIAL MOMENT AT THE HIVE! Today we celebrated our 20 Millionth fan! 🎉🎉🎉🎉🎉🎉 #SpectrumCenterCLT 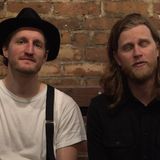 We're so excited to announce that The Lumineers are bringing the BRIGHTSIDE World Tour to on May 4 with special guest James Bay! #BRIGHTSIDEWorldTour22 ☀️

We're so excited to announce that The Lumineers are bringing the BRIGHTSIDE World Tour to on August 27th with special guest James Bay! #BRIGHTSIDEWorldTour22 ☀️ Register now for the Ticketmaster Verified Fan presale to get early access to tickets. Presale registration and more info at thelumineersbrightsidetour.com

Jahmir Young is ready!! Make sure you are in the building tomorrow! 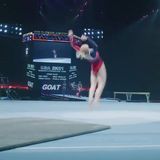 The Gold Over America Tour has officially begun! The tour will be at Spectrum Center October 27! Don’t miss out on an amazing experience!

The Gold Over America Tour has officially begun! The tour will be at Spectrum Center October 27! Don’t miss out on an amazing experience! 🎟: bit.ly/3BSWLkV #SpectrumCenterCLT #GoldOverAmerica

Tickets are on sale now for Andrea Bocelli In Concert for Valentines!

Tickets are on sale now for Andrea Bocelli In Concert for Valentines! Secure your seats today! Visit Spectrumcentercharlotte.com for more details!

Are you in?! 👀 Tickets for New Kids On The Block's Mixtape Tour 2022 with legendary guests Salt-N-Pepa, Rick Astley and En Vogue are going on sale THIS FRIDAY at 11am! 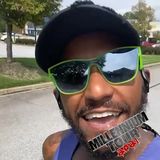 WE OUTSIDE!!!! Are you as hype to see The Millennium Tour as we are?!

WE OUTSIDE!!!! Are you as hype to see The Millennium Tour as we are?! Get your tickets today for the October 17 show! #Weoutisde #SpectrumCenterCLT #TheMillenniumTour 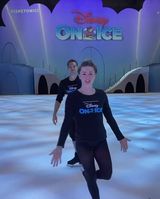 The magic of Disney On Ice is coming to Spectrum Center September 30 – October 3!

The magic of Disney On Ice is coming to Spectrum Center September 30 – October 3! Tickets are on sale now! ✨ #SpectrumCenterCLT #DisneyOnIce #MickeysSearchParty 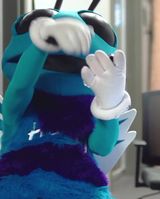 Have you heard?! 🚨 Tickets for Dua Lipa’s Future Nostalgia Tour are on sale TOMORROW at 12P! ⭐️ Set your alarm just like Hugo The Hornet did so you don’t miss out! ⏰ 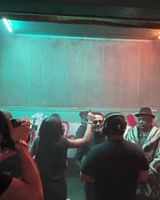 4 days until THE Marc Anthony will be in the building!

4 days until THE Marc Anthony will be in the building! Get your tickets now! 🎵🎵 #PallaVoyTour #MarcAnthony #SpectrumCenterCLT 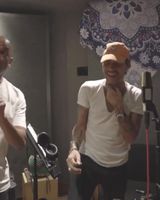 Kane Brown’s new song “One Mississippi” is out now!

Kane Brown’s new song “One Mississippi” is out now! Don’t miss your chance to see him live on December 4th – tickets are on sale now. 🔥 🔥 🔥 🔗: https://kb.lnk.to/OneMississippi #SpectrumCenterCLT 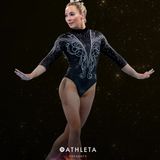 Hot off the beam and headed to Tokyo, we're thrilled to welcome MyKayla Skinner to the Athleta Presents Gold Over America Tour. ✨ 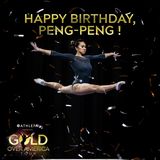 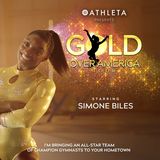 The Gold Over America Tour presented by Athleta is officially ON SALE!

Other Event Planners in Charlotte

It's almost time for Carrie Underwood to hit up Spectrum Center
We are excited to announce that Winter Jam Tour Spectacular 2023 is coming to Spectrum Center ! Come worship with your friends and favorite worship artists on Sunday, February 26th. Lineup includes We The Kingdom, Anne Wilson, Jeremy Camp, Austin French and more!!!
Visit 👉👉 2023.jamtour.com/cities/charlotte-nc

Hornets VS Bulls Game Spectrum Center
"From Boston to Denver, and every town in between..."

I can't remember the first time I saw Barry Manilow in concert, but I was probably around 7 or 8 years old, and it was almost certainly at the Hartford Civic Center (now, XL Center). I've lost count of how many shows I've been to over the years, but every time Barry came to town, Mom and I were there. He's my earliest musical memory; Mom used to play his music to put me to sleep 😊 We've seen him countless times in Hartford, in Worcester, in Providence. And this weekend Mom flew down to NC so we could see him together in Charlotte.

The best part about music is the memories that it sparks... the moments it brings you back to. This shot is after Barry sang "This One's For You", dedicated to his grandfather ("Grandpa Joe") who used to bring him "every Saturday, across the Brooklyn Bridge, to Times Square" to try to get him to sing at the Record Your Own Voice booth. After countless weekend attempts, one day it finally clicked. The rest, is history.

To me, seeing a photo of "Baby Barry" and his Grandpa, alongside present day almost 80 year old Barry, is such a powerful captured moment, and a true testament to an incredible career. 💙🎶

MLK Day at Spectrum Center! It’s a good game too!!!
Less than 0.5 miles away from Spectrum Center, grab a snack and drink with us before watching Charlotte Hornets play the Boston Celtics at 7pm tonight!

Natural Fiasco are playing live music starting at 8pm! Pretzel bites for the win (get it?) 🙌
Less than 0.5 miles away from Spectrum Center, grab a snack and drink with us before watching Charlotte Hornets play the Boston Celtics at 7pm tonight!

Natural Fiasco are playing live music starting at 8pm! Pretzel bites for the win (get it?) 🙌
Future & Friends ONE BIG PARTY TOUR‼️
Spectrum Center 2nite..🚀💯🤞🏾
Play a game with us between 7:30 and 7:45 this morning to win a pair of tickets for her show at Spectrum Center on Feb 8th!

Whether in Charlotte for business or pleasure, the Spectrum Center, home of the Charlotte Hornetslotte Hornets, is adjacent to our hotel, making it easy to catch an NBA game or concert!

6 years ago today!
Behind the scenes at Spectrum Center for Monster Jam! Always good to see Graaaave Digger!
Grave Digger
(7:30 AM Jan 2, 2017)
Spectrum Center
Way to go WGCS Varsity Boys Basketball Team on your big win today at the Spectrum Center!!
Happy New Year! Thanks to everyone who made this event happen for our boys!
Quick road trip before wrapping up 2022 at home

In spite of on today we serviced over 75 families on today and over 300 within the past 3 days. YOU KNOW THE ENEMY DOESN'T LIKE UNITY BECAUSE THERE IS STRENGTH WHEN WE COME TOGETHER AND GOD IS GLORIFIED. WE UNDERSTAND THE RULES AND KNOW THERE ARE PENALTIES FOR BREAKING THEM SO PAYING A FINE IS NOT THE PROBLEM FAMILIES SURVIVE IS WORTH IT BUT TO BE RUDE AND DISRESPECTFUL TO MY SISTER Felicia Williamson AND A FEW OF MY BROTHERS AFTER WORKING ALL DAY FROM EARLY MORNING UNTIL AFTER 10:30 PM JUST FOR YOU TO BE RUDE AND EVEN ONE OF YOUR FELLOW OFFICERS YOU WOULDN'T EVEN LISTEN TO A VOICE OF REASON. WHEN CITIZENS ARE CALLING 911, 311, 211 THEY CANNOT GET THEIR NEEDS MEET DUE TO THE STORM SO WHAT ARE THEY SUPPOSE TO DO? HEALTH ISSUES DON'T STOP BECAUSE OF A STORM HOW ARE THEY SUPPOSE TO GET TO CHEMOTHERAPY, DIALYSIS? DIABETICS NEED INSULIN PHARMACEUTICALS ARE OPEN BUT PEOPLE CAN'T GET TO THEM THEY NEED THEIR MEDS TO SURVIVE THE STORM ITSELF HAS CAUSED ENOUGH CASUALTIES BUT THIS IS THE CITY OF GOOD NEIGHBORS BUT WE PUNISH THOSE TAKING CARE OF THEIR NEIGHBORS SHAME ON OUR CITY
Wivb-Tv-Channel 4 7 News WKBW WGRZ - Channel 2, Buffalo Claudine Ewing WGRZ Ulysees O. Wingo Spectrum Center
AMAZING EVENING!💃🏾 HITS 96.1 Trans-Siberian Orchestra Charlotte, North Carolina Miguel & Holly Show Ticketmaster Spectrum Center iHeartRadio Everyone LOVES Christmas Peace & Love Best Week Ever Best Videos Familytime 에버랜드 (withEverland)
x

Other Event Planners in Charlotte (show all)