ITANÉ & CALVIN : These two lovebirds are saying "I Do" today in downtown High Point and we couldn't be more excited. The chairs are lined up and linens are about to be placed, we can't wait to coordinate this evening wedding! #highpointwedding #thursdaywedding #weddingtoday #ncweddingplanner #ncbride #ncwedding

"You fill me up
Strength for the journey
Always enough
When I am lonely You're there
Everything I need
Love all around
You'll never leave me alone"
Kim & Brian est. July 2021 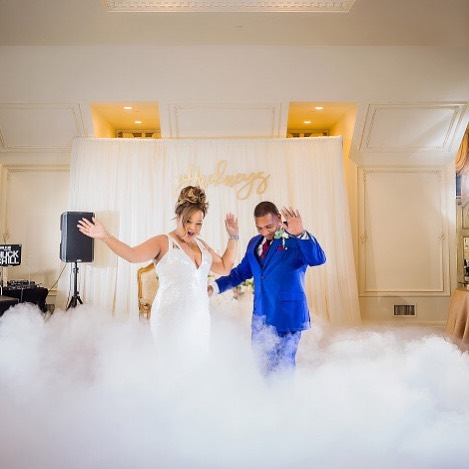 To the ones that hold us, console us and guide us throughout every step in life. Happy Fathers Day!

Mother - The true definition of a Day 1. Today we celebrate the ones who walk with us through every moment of life. Happy Mother's Day from Cargo & Co Events!

Sometimes being a wedding planner is like being the conductor of an orchestra.

Tapping to signal simmer down, signaling to speed up, gesturing to go slow...

Making sure all the players know when it's time for the grand finale and getting them pumped up at rehearsal as you practice again and again.

It's not just the beautiful music, fantastic food or a gorgeous gown. It's about the entire experience as a whole and I can't wait until I can experience events again with all of you! When the Groom goes non-traditional and sets the style tone the groomsmen will surely follow...How dapper is this African king and his guys?! Photo: @inhisimagephoto

Kisses to you on this amazing #weddingwednesday

LIGHTS OUT :: Baby, I'm dancing in the dark with you between my arms...listening to our favorite song...

Shannon & Henry :: September has traditionally been the #hurricanewedding season for us. 2019 brought a new challenge and catastrophe when Shannon & Henry's venue (Noah's Morrisville) abruptly closed a month before the wedding leaving this couple and tons of others in the lurch.

A quick pivot and phone calls to all vendors had us successfully rescheduled and counting down to wedding day. So glad to be able to help do some heavy lifting during and emotional and stressful time for these two!

Squad Goals :: Is it your first week back to work from the holidays? If so, you're probably looking at the rest of the week like Kira's friends and bridesmaids....

After all the holiday sweets and treats, the last thing to crave on a Monday should be cake. But a cake by @cakecouture_nc is always worth making room for on your plate!

"I Do" :: Two small words will change everything in your life! Cheers to all the couples planning to proudly exchange vows this weekend! #ido #weddingweekend #weddingprep #weddingbts #weddingshoes

Happy Anniversary to the Howards! Your wedding day started out with the effects of a hurricane and ended as a clear, beautiful day. Cheers to more rainbows and less rain showers in the years to come! #happyanniversary #1yearanniversary #cargoandcoevents #cargoandcocouples

Can't believe it's been a whole year since Ashley & Nick exchanged their vows with faces full of grins. This ceremony was fun and full of laughs thanks to their amazing officiant Pastor Nate. This ceremony showcased how important a great officiant is to a successful wedding ceremony! Here's to years of more smiles!

This weekend we celebrated Caitlin & Alex in a beautiful ceremony in Durham as they were surrounded by family & friends to become one. These two were so pure in their love for each other that it made the planning process a breeze. They wanted to celebrate their love simply. That's it! Congrats to The Markiewicz!
•Venue @durhamweddingexchange
•Florist @petalandoakofficial
•Hair @hairtherapybyjanae
@ Durham, North Carolina

After a week full of #hurricanedorian threatening the plans for an outdoor wedding, the rain cleared and the hot sun came out just in time for this event we planned and completed floral design for!

@ The Hall and Gardens at Landmark

Last week we were traveling and neglected to wish one of our favs a Happy Anniversary. 🤦🏾‍♀️ Cheers to the Burtons for one year down and a million more to go!! #cargoandcocouples #cargoandcoevents #happyanniversary

It's the first day of school for many of our littles. Sorry teachers but us parents are thrilled! Here's to a great school year and hoping all the kids listen to instructions as well as these little flower girl darlings did prior to traveling down the aisle! #cargoandcoevents #flowergirl #ringbearer #firstdayofschool2019 💕Monique & her girls all beautiful in burgundy & blush 💕

NO PEEKING! :: There's nothing like staying with tradition and waving the right to see your future spouse before the wedding ceremony. So why not opt for a hidden gift exchange with you each positioned around a corner or just a simple touch and prayer before you walk down the aisle? We LOVE executing a proper "no look, first look." We will come up with a plan, you bring the grin!

Happy, Happy 1st Anniversary to the couple that's always "Happy in Love"...let's cue Beyonce to play in the background as y'all celebrate! 💓 @sdot_harris @iampastordru @ Millikan Farms

Aiming for Love :: Today we're excited to celebrate the love of Keira & Justin. These two are a hoot so we're ready to these two mark the next chapter of #anorrislovestory

After 3 hurricane weddings under our belt, we thought we'd seen it all. Until a bride's worst nightmare occurred. We're happy to say that with a combo of amazing legit local venues and solid vendor relationships we replanned 3 weddings in 36 hours after Noah's in Morrisville announced it would be closing abruptly leaving clients in the lurch and short thousands of dollars.

The lesson here is simple! Watch the video and fast forward to the 1:30 mark.

"We're thankful for the people that have reached out. Like I said it's been overwhelming because we don't know what the next step is."

There's just something about the crisp, clean look of all white, cream and ivory florals with an ivory backdrop....

Be the first to know and let us send you an email when Cargo & Co. Events posts news and promotions. Your email address will not be used for any other purpose, and you can unsubscribe at any time. 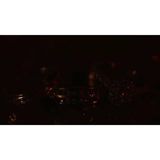 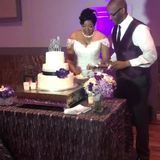 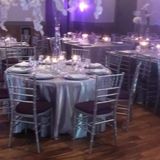 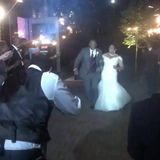 Other Wedding planning in Cary