We hope you're doing well :)

ATL! DJ A.G is coming to Atlanta on September 21st.

Don't miss out on one of east London's best.

We're back at the Bakery with Dirty South Rave TONIGHT! 11-4, dress to sweat 😎

Open House is coming! We teamed up with local community organizers on a dance party to raise funds for 4 local charities!

Nino Browns Trinidadian and Pakistani upbringing influence a sound that makes her no stranger to making crowds across the globe lose their s**t on the dance floor. She is known for her cheeky blends of dancehall, RnB, club and pop bangers.

A founder of Canada's premier inclusive dance party; Yes Yes Y'all which is voted one of the city's top jams since its birth in 2009. Known for their emphasis on diversity and inclusivity, Yes Yes Y'all has become a Toronto institution, attracting both local and international talent.

In 2012, Nino founded YYY's sister event in Montreal titled "Cousins" to further spearhead an underground movement in Canada that links music, style, politics and the celebration of her chosen family all wrapped in a proper fete!!

We set out on a mission to open and protect a singular portal for the non-conforming and marginalized to be showcased and celebrated.
We never knew how our community would receive it but our uplifting growth has been a testament of your love and support!!

March 1st we celebrate 3 years of our love for Atlanta’s people of curiosity and openness.

March 1st, our 3 year anniversary! Mark your calendars because this one is gonna be big big 😈

Our biggest event of the year is coming on November 9! Are you ready for it? Get your tickets ASAP at http://win.gs/atlisburning because this one's gonna sell out quick!

Catch Leonce and Jsport tonight at The Deep End for Looks: Peachy Queen, a This Free Life event! ❤️

Surprise! We're partnering with Red Bull to bring you Culture Clash AGAIN this year in Atlanta! 4 crews will battle it out for the trophy again at 787 Windsor on August 24th, be sure to get more info and tickets at https://win.gs/morph and RSVP to Red Bull Music Culture Clash Atlanta 2018 cause it's gonna be a big one!

Hey ATL. We’d like to formally invite you to our first installment of our movie screening series where we will show very exclusive films detailing q***r nightlife culture outside of our own.

We’ve partnered with @bodies.on.display for a very exclusive midnight screening of a RARE documentary, SHAKEDOWN. This film was 10+ years in the making and we’re bringing it to Atlanta for the first time ever.

SHAKEDOWN poses ideas about community, s*x work, and empowerment while shinning a light into an underground club night that has never been seen.

Tickets on sale now at bit.ly/shakedownatl

We’re going up at the Sound Table next month.

Wednesday, May 16th
No cover

#Atlanta we're back this month with a night of whatever the hell we feel like playing. It'll be great.

Morph at The Music Room / No cover

10 of the best scratch videos, according to DJ Helix

The art of DJing is not dead.

The art of DJing isn't dead.

The art of DJing: Asmara

Super excited to bring ASMARA to Atlanta this Friday!

Read about her here before the show at Bad Gyal at Aisle 5!!!!

Morph is an underground, multi-cultural soundscape crafted by black and q***r artist of Atlanta. Don't miss our next party.
Friday, Dec 22nd at Wildpitch Underground :)

ATL! We're excited to announce that we will be at AFROPUNK this year! Our MORPH JSPORT will be DJing on the 15th!

What's an Atlanta festival without a signature morph touch!?!

For those of you who have been to one of our lovingly curated Morph events, you know how we do! For those of you who don't know, this is what you missed in July! MORPH 10: Bbymutha kicks off this Thursday at 10pm at The Drunken Unicorn in the MJQ Café and it will be a night to remember, don't miss!

In case you didn't know, Bbymutha is the trending topic! Catch her live and direct on the mic this thursday in the MJQ Café at The Drunken Unicorn!

We're BACK next Thursday with an amazing lineup and Bbymutha LIVE! See you there!

Be the first to know and let us send you an email when MORPH posts news and promotions. Your email address will not be used for any other purpose, and you can unsubscribe at any time.

Send a message to MORPH: 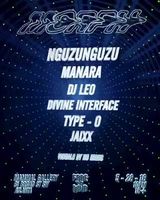 Other Party Entertainment Services in Atlanta