Your one stop shop for that Hollywood experience. The DMV's Holleywood Entertainment that focus on making you feel like a celebrity every step of the way.

Let us plan your night out with our team to make you feel like a celebrity. We deal with upscale venues where customer satisfaction is our #1 priority. Contact us for a once in a lifetime party extravaganza.

Attention #DMV #Vendors... Official #ChuckBrown Birthday Celebration at #CornerstonePlazaDC DM me for slots plus slots and tickets in my bio for #CityFestDC this Saturday

#CityFestDC is now live with less than 200 FREE Tickets available plus a chance to get free studio time and a possible recording deal...!! Get your tickets by clicking the link in my bio NOW and we’ll see you all Saturday, August 24th...!!

EDM, Trap, Top 40’s DJ Feelz will be gracing the stage at #CityFestDC as a part of our All Day festival lineup... it’s about to be a 🎥 Click here for tickets:
https://www.eventbrite.com/e/cityfest-dc-tickets-63985478288

Okay folks so we have our winner for TheWeeknd tickets...wanna thank everyone for coming out for TanoTano Haughton Birthday on Wednesday and if you missed it you also missed your opportunity to win. But we will announce the winner this weekend and keep you all informed on the next one. #DMVHolleyWoodEnt #OLMG #DCTASTEMAKERS

From the UK CD Soulacoaster. Enjoy!

#PowerMove ladies and gents we present to you *The Weeknd* coming to DC at the Verizon Center May 18, 2017. Concert starts at 7:30pm. DMV HolleyWood Entertainment can provide you the VIP experience. Find out how to enter for a chance to win VIP tickets to this event.

Lauryn Hill is in town February 16, 2017 at the Warner Theater. Come out and enjoy her perform her classics and new music as well. For tickets send us an email or visit the link below.

Charlie Wilson's "In It To Win It Tour" with Fantasia and Johnny Gill at Verizon Center on Feb 12, 2017

Eleven-time Grammy nominee, Charlie Wilson, announced that his upcoming national arena tour will kick off on February 8, 2017 in Norfolk, VA. The tour, In It To Win It, is also the title of Wilson’s new album which is slated for release on February 17, 2017 and features musical guests Snoop Dogg, Pitbull, Robin Thicke, Wiz Khalifa, and TI. The first single, “Chills,” is coming soon.

Every ticket purchased online for the In It To Win It Tour comes with one physical copy of the In It To Win It album. Customers will receive a redemption email from Ticketmaster shortly after their purchase with instructions on how to secure their copy of the CD. Any album redemption submitted before the album release date will be received by the customer on the official album release date.

For information on presale tickets, VIP packages or to purchase tickets please message us or go online to ticketmaster. 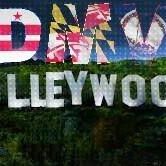 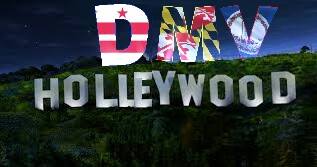 Welcome to Hollywood in the DMV. This is your #1 source for DC, MD and VA events. Don't miss a beat with us guiding you on all parties going on and the most popular shows as well. We do the research you make the choice. It's simple!!!

Be the first to know and let us send you an email when DMV HolleyWood Entertainment posts news and promotions. Your email address will not be used for any other purpose, and you can unsubscribe at any time. 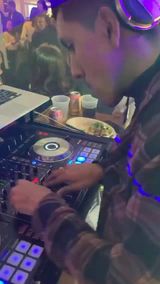 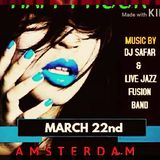