Looking for something delightfully Q***r to do this weekend? Check out Beth Ditto at 9:30 Club Saturday 3/10 ! See you there.

It's tempting to set up a grand introduction for Beth Ditto on the occasion of her solo debut after disbanding the Gossip, but this native Arkansan can say so much in a few swaggerful lines over a pou

Get your q***r music fix Saturday March 10th with Beth Ditto at 30 Club! Get your tix here:

It's tempting to set up a grand introduction for Beth Ditto on the occasion of her solo debut after disbanding the Gossip, but this native Arkansan can say so much in a few swaggerful lines over a pou

The L Word is making a come back. Phase 1 was there for it all. Check out when NPR interviewed some Phase folks when the series was first ending.

Showtime's series The L Word says goodbye Sunday night after six years as one of the few outlets for le***an characters on mainstream TV. Ilene Chaiken, the show's creator, and actress Laurel Holloman talk to host Jacki Lyden about what they'll miss when the show is gone.

Phazefest 2017 DC's Q***r Music Festival is TONIGHT. No tickets? NO PROBLEM. Tickets will be available at the door. See you tonight!

TONIGHT get your Pre-Phazefest party on with our friends over at TASTE at Maketto on H st. ONLY 24 HOURS LEFT to grab a limited edition "Farewell to Phase" T-Shirt and support Phazefest 2017 DC's Q***r Music Festival in the process!
GET ONE HERE: https://www.phazefest.com/buy-the-shirt

The CooLots always bring the party! Check out one of their Jams here. Then catch them LIVE THIS SATURDAY at 9:30 Club for Phazefest 2017 DC's Q***r Music Festival!
GET YOUR TIX HERE: https://www.phazefest.com/tickets

Time to bust out those party pants as this weekend is JAM PACKED with AWESOME events! Friday check out our friends over at Taste H Street NE for Taste: Latin Night. Saturday so many amazing musicians/members of our community put on Girls Rock! DC 10th Anniversary Camper Showcase at 9:30 Club at 10:30am. Then take an afternoon nap and come right on back to the same venue for Phazefest 2017 DC's Q***r Music Festival!!! 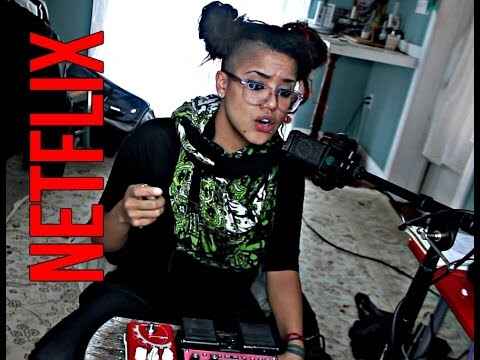 Check out Be Steadwell performing "Netflix". Catch her THIS SATURDAY at Phazefest 2017 DC's Q***r Music Festival at 9:30 Club.

ONLY 4 DAYS LEFT! To get your hands on one of these limited edition "Farewell to Phase" shirts. Get a RAD shirt and support Phazefest 2017 DC's Q***r Music Festival in the process. It's WIN WIN.
Buy them HERE: https://www.phazefest.com/buy-the-shirt

As a Fairfax, Virginia native, Tezrah learned to play classical piano at age five, which laid the foundation for her future investigation into computer music programs. Before pursuing a professional career in the music industry, Tezrah graduated with a pre-medical degree in Neuroscience from William & Mary, attended the Harvard School of Design Summer Program, and was accepted into the Graduate Architecture Program at Catholic University. She also played semi-pro soccer before her full immersion into the DJ profession.

Today, Tezrah reigns in her fourth year of DJing in the Washington DC area, specializing in Top 40, electronic dance music, Hip Hop, and other genres. Formerly known as DJ Deedub, she is hailed as one of DC's and the LGBTQ community's brightest stars. Her sound is eclectic, combining the newest music seamlessly with older classic songs. Winner of the DJ Battle for Her HRC for 2014 and 2015, headliner at the 9:30 Club, and headliner for a crowd of 5,000+ at Hampton Roads Pride 2016, she has garnered a solid following from all over DC, Maryland, and Virginia.

Our friends over Lure DC doing the work and showing ALL the rad events coming up!

The CooLots are intersectionality personified. The Washington, D.C.-based band embodies a sound that the RAW community describes as a “melting pot of different styles and talents [that] come together to create feelings never experienced before.”

The talented individuals that form this eclectic band carry a distinct style all their own, however they come together to create a synergetic group that appeals to the eccentric in us all. The CooLots effortless move across a spectrum of genres including rock, alternative, indie, soul, and rhythm and blues, just to name a few. Their unbridled musicality is something akin to the sounds of No Doubt, M.I.A. Paramore, Sade, Staind, System of a Down, Jimi Hendrix, and N.E.R.D.

HOMOSUPERIOR
At just over a year old, Homosuperior out of Washington, D.C., are hitting the ground running and spreading their wings unabashedly as a transcore/q***rcore punk band. The group—Anderson on guitar, KC on bass, Kit on drums, and Josh on vocals—formed on New Year’s Eve of 2014 and started writing songs shortly afterwards.
​
The members of Homosuperior were all out by the time they started the band. As Kit says, “Starting Homosuperior wasn’t a response to being q***r in a punk scene. Wanting more q***r and trans representation in punk was and is definitely a driving force, though.” They exist to have fun and create their garagey, distorted version of punk, while also giving visibility to LBGTQIA people in the DIY music scene.

We are less than TWO WEEKS away from Phazefest 2017 DC's Q***r Music Festival happening at 9:30 Club! Check out this super sweet line up!!!!

Singer-songwriter Be Steadwell is an innovative musician from Washington DC. With roots in jazz vocals, acapella and folk-Be composes a blend of genres into what she calls q***rpop. In her live performances, she utilizes loop pedal vocal layering and beat boxing to compose her songs on stage.
​
Be has performed at The Apollo Music Cafe NYC (2014), the Revival Poetry tours (2012 and 2014), opened for Nona Hendryx (Joe's Pub NYC 2014), and composed music for the feature film "Stud Life" (2013). In 2015, Be was awarded an Artist fellowship from DC commission in the Arts. In 2016, The Strathmore Performing Arts Center selected Be Steadwell for their Artist in Residence Program. 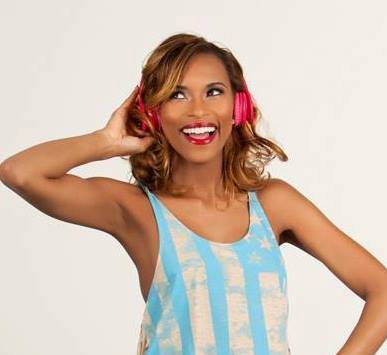 Steering the Party Ship all night long with her MC magic will be Alesia Michelle. Here is short low-down on Alesia. Get to know her better on July 1st at Phazefest 2017 DC's Q***r Music Festival:

Alesia decided to use her gift of the gab for good. Radio personality, party starter and DC native— Alesia is often seen laughing around town. Alesia appeared on Showtime at the Apollo (twice)- and did not get booed. She was once voted, “Most Likely to Talk to a Stranger” an apt award for this loquacious lady who has talked to stars and strangers alike.

Want to win a pair of FREE tickets to Phazefest 2017 DC's Q***r Music Festival? Simply share this post to be automatically entered to win. Want to go the extra mile? Post an old Phase 1 bathroom selfie in the comments of this post and double your chances of winning!

The DC Kings performed monthly shows from 2000-2015 and are no longer active. They are reuniting for Phazefest 2017!

They were an avant-garde performance-art troupe of gender variant performers located in and around Washington, DC.

They were a diverse group in race, gender, sexual identity, age, and background. Our performances included but are not limited to male impersonation, singing, lip syncing, theatrical skits (comedy, drama, politics, etc). One of our unique features is often our performance pushed beyond gender boundaries. In March of 2000 we began as a drag king troupe. However, this term is now loosely held by us as we have since incorporated several other styles of empowering performance in to our shows. We are all DC Kings, and we are all part of the longest-running monthly drag king show in the World!

PHAZEFEST TICKETS GO ON SALE AT 10AM TOMORROW MORNING

Kellyn Marie Goler lives something of a double life. As a lawyer in Washington, DC, Kellyn uses words to advocate and counsel. As a singer-songwriter, she uses words to captivate and evoke emotion. Kellyn writes pop songs imbued with elements of folk–and folk songs imbued with elements of pop–and her sound is soulful and embracing. Her debut album, Echolocation, is an unguarded exploration of the experience of love and is at once haunting, plaintive, empowering, and hopeful. Echolocation was released in October 2015 on Rock Creek Heart Records and is available on Bandcamp, iTunes, Spotify, Amazon Music, Tidal, and most other online music retailers.

It is rare to find an artist who startles your senses on many levels, engaging the part of your brain that makes you shake your hips, but also raise your fist in solidarity.

Heather Mae does just that.

An imaginative lyricist with a powerhouse voice, Heather Mae is forging new ground with her newest album. Entitled “I AM ENOUGH”, the collection was dubbed a KickStarter Staff Pick within it’s first week, smashing through its $15,000 fundraising goal and on it’s official release date - June 10th, 2016 - peaked at #58 on the iTunes Pop Charts. All of this without the support of a label.

Get info on ALL our 2017 performers here:

Looking for a RAD way to support Phazefest 2017 DC's Q***r Music Festival? How bout picking up one of these sweet farewell to Phase 1 shirts?!?!
https://www.phazefest.com/buy-the-shirt

Today we miss our patrons most of all! Thank you all for marching today! Phase 1 forever stands with you. We

Be the first to know and let us send you an email when Phase 1 posts news and promotions. Your email address will not be used for any other purpose, and you can unsubscribe at any time.

Send a message to Phase 1: 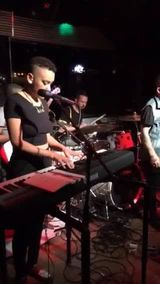