� � We are here to shock, satisfy and entice the senses. The Occult Collective is founded upon our connection to the Dark Arts. We focus on the creation of mystical and sensual events that allow you to be free and fulfill your deepest desires.

“Art is a reflection of ourselves, the story of humanity, and a quest to understand the physical and metaphysical world.” — Daniel Martin Diaz

Check out a slide show from our recent event Moon Bass.. Thanks Tylar Preece for the great Shots!
http://www.tylarpreece.com/moonbass62918/slideshow

Showcasing Producers, Dj's & Artists
with a passion for experimental exploration of sound & visual expression.
We are honored to have Dj sets by:

We are honored to have Dj sets by:

Who got to see Dieselboy at Solar Culture last weekend? The founding members of the Occult Collective were all there because we love our dnb. If you missed it, you f**ked up. Thank you to PHAT and Specto for putting together a killer show. 🖤

"Beware of organizations that proclaim their devotion to the light without embracing, and bowing to the dark; for when they idealize half the world they must devalue the rest."
- Starhawk

Our #mcm is the illustrious Marilyn Manson. Who else is excited for his new album?

Thomas B is a true “Lord of the Jungle” behind the decks.
Throughout his DJ career, Thomas has supported many acts of top talent; LTJ Bukem, Dieselboy, Hype, John B, Aphrodite, Total Science, Reid Speed, Friction, Black Sun Empire, & Sinistarr; even the late Hip Hop legend Jam Master Jay and on to contemporary powerhouses like Feed Me, The Upbeats, Datsik, and many more.

A Thomas B set is an unabating, dynamic ride; rooted in drum & bass, while breaking down genre barriers into garage, 2-step, footwork and more. Never a dull moment, in live sets Thomas B also peppers the musical voyage with scratching and turntable trickery.

As a budding producer, in 2013 Thomas B came out strong bringing a collaboration album with Ghast, creating the "Bone Dance" LP (Free Love Digi). He then released The Realish E.P (Free Love Digi) near the End of 2014. He is also featured in Lowrise sounds vol. 2 with his track "Blurred Culture". In 2015 he released the "Sugar and Spice E.P" (Free Love Digi) a forward thinking east coast inspired, d&b infused, half time head knocker. Also in 2015 he pushed limits creating a varied tempo, musical electronica E.P "The Cavitation Project" (Plush Recordings). In February of 2016 Thomas B dropped a banger in "Full Clip" (Free Love Digi) featuring a wandering, deep, techno inspired, footwork remix by Crypticz. In September of 2016 he & Ghast joined forces once again on the Endling E.P. This E.P obtained widespread support with reviews in DJ mag spain, Magnetic Magazine, and was featured in many bass music blogs. It also garnished an interview with Drum and Bass Arena. Klax surprised Thomas B & Ghast by starting their Critical show on Rinse FM with their bootleg freebie of 6 Million Ways.

Event announcement coming very soon! Hope you guys are ready to get creepy with us again!

"I have seen beyond the bounds of infinity and drawn down daemons from the stars... I have harnessed the shadows that stride from world to world to sow death and madness..."
(“From Beyond”, 16 November 1920)
-H.P. Lovecraft
Photo: Nick Susco of SuscoArt
Model: Cassidy Christine Farrar

Be the first to know and let us send you an email when The Occult Collective posts news and promotions. Your email address will not be used for any other purpose, and you can unsubscribe at any time. 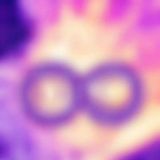