BOOM ENTERTAINMENT provides the most epic events for High Schools & More! From social events to corporate and everything in between, we complete your vision.

Boom Entertainment is a next generation special event company; from concept to completion we take your needs, wants and wishes and turn that into reality. We understand no two venues are alike but with our elite Boom crew we will help you transform any space any time utilizing the latest in décor and technology. Boom Entertainment
http://www.BoomEntertainment.com

Contact us now for availability.
2 out of 7 weekends are sold out!

Homecoming 2021 is going to be amazing!!

A Statement from Boom Entertainment:

Photo's from Glenbard East High School are now online!!!
TAG YOURSELF + UR FRIENDS!!!

In 2014 most high schools were canceling their Turnabout dance due to low attendance. We knew students still wanted to unite and party, but a wasn't it anymore. That's when WinterFest was born. This concept was designed for all students while still basing the event around music. This shows our first WinterFest
This was a game changer for us and we couldn't be more excited for what's to come. Stay tuned for , it's going to be next level.

So much beautiful energy 💜🎆✨

We are beyond excited to share with you the My BOOM Tour Homecoming 2016 Aftermovie. This incredible six & half minute video was 100% filmed and produced by these amazing students.

We are beyond impressed with the work and passion they have put in.
Please sit back, relax and relieve homecoming 2016 from beginning to end. Sorry if your eyes get a little teary from 3:24 til the end :)

Please share this video in support of the amazing time and energy these young inspiring artists put together.

Can you handle the Wipeout? 🚨🚨🚨

We are beyond excited for the launch of our High School Tour. This will be our 4th year doing this and we can't wait to show you what we have been planning. Be sure to follow for the latest tour updates 👍
.

Jordan Neuhauser
Wow! Can you believe they asked me to speak as the expert in the country on High School Dances at this years Mobile Beat Las Vegas?!?! I am so honored but also taken back. To have started this company at 14 years old and now to be presenting with Paul Oakenfold and many other amazingly talented individuals in the industry is beyond words. I want to thank every one that has supported me over the last 16 years in this crazy journey. Thank you Mobile Beat for having me out, it's going to be epic!!
My BOOM Tour

We are beyond excited to release this AfterMovie. Our stage designs, lighting and video rigs were next level.. but nothing compared to the experience these high school students had with My BOOM Tour.
Please check out this sneak peak.

We are beyond excited to release this AfterMovie. Our stage designs, lighting and video rigs were next level. Please check out this sneak peak.

Forecast for today is:
CONFETTI SHOWERS!🎉

For current updates on . Follow My BOOM Tour ❤️

Building a for tonight!! Going to be an insane party with a Firework finale 🎉🎉🎉

Be the first to know and let us send you an email when BOOM Entertainment posts news and promotions. Your email address will not be used for any other purpose, and you can unsubscribe at any time.

Send a message to BOOM Entertainment: 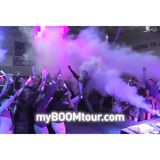 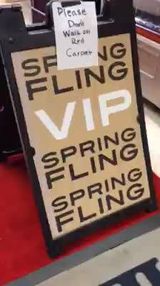 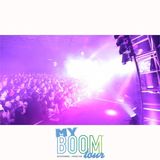 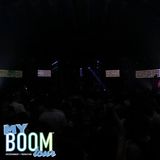 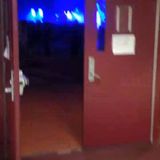 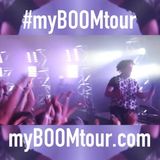 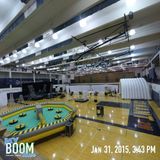 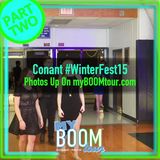 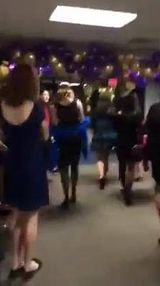 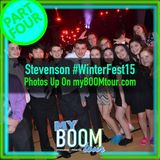 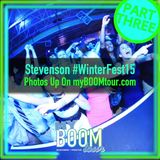 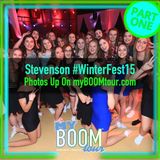 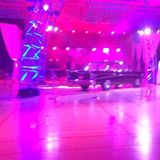 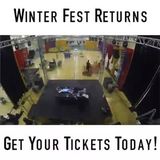 Other Event Planners in Deerfield

🐎 We missed enjoying The Kentucky Derby this year, but it’ll make next year even more special 👒
🌹
3 years ago, we transformed an ordinary school gym to be the infield, grandstands and main stage for their Derby themed annual Gala. It was a huge success and felt like anything but a gym!
•
Design & Production | BOOM Entertainment
•

@ Old St. Mary's School
Little to rocking Alan B Shepard's homecoming this season with the BOOM Entertainment fam! Was a wild night and one to remember! LIT 🔥
BOOM Entertainment knows what's up.
The picks of the week for July 12th, 2017!

Two comics from Dark Horse Comics that feature creators over 70 years old! And both are astounding!

How about two books about magic, one old and one new?

Two great series from BOOM Entertainment, Godshaper and Grass Kings, if you don't know them by now, come ask us why you should be reading them!

Finally, two covers of the new issue of American Gods, an amazing collaboration of University of Cincinnati alumni, P. Craig Russell and the stellar Scott Hampton.

Tomorrow, head over to see The Cincinnati Rollergirls Home Season Finale, and support Cincinnati Rollergirls! You'll get a lot of excitement for a single ticket price, and a chance for not just a free comic, but one of the best new series of the last few years, SLAM! #1, from BOOM Entertainment! Don't miss it!
Here's a creepy video for the new creepy comic, The Unsound, from Cullen Bunn and BOOM Entertainment.

May not be suitable for all viewers. You've been warned.
Amid all the hoopla of the Coast To Coast Comic Con 2017, and Emerald City Comic Con last weekend, there's a lot of exciting comic news coming out. While the rumor that former Vertigo founding editor Karen Berger will be starting an imprint of comics with Dark Horse Comics, her co-conspirator Shelly Bond get a similar deal!

And BOOM Entertainment's Ross Richie unveiled a new hashtag , to push people out there to get into comics.

Other Event Planners in Deerfield (show all)