1800 Happy Birthday, Over a Decade of Lives Lost

"On 1800HappyBirthday, people can find the birthday of a person who has died at the hands of police and leave a voice mail that’s available for the public to access. These messages are screened to keep racists and other bigots out, but they are otherwise open for any memory or thought. Gorjestani says the medium of voice mail—available to nearly everyone—lends a rawness that often is missing from a written tribute. “There’s a nostalgia to them,” he says. “It’s sentimental, like someone is trying to get ahold of you. It’s a confessional tool. Any human being can use them." (article linked in comments)

This Year Will End Eventually. Document It While You Can.

This Year Will End Eventually. Document It While You Can.

Museums are working overtime to collect artifacts and ephemera from the pandemic and the racial justice movement, and they need your help.

It’s easy to put these conversations off. It’s human nature to say, “I’ll get around to it eventually.” But why shouldn’t “eventually” be now?

I’ve spent years collecting intimate interviews. Take it from me: A conversation about life’s big questions is the very definition of time well spent.

This goes right up our alley

EXCLUSIVE: NBC is going to fuse comedy with shocking real-life stories in True Story, a hybrid alternative-scripted series hosted by Ed Helms (The Office, The Hangover) and Randall Park (Fresh Off …

Spending the holidays with family? Sit down a family member and record them with your phone. You'll be glad you did it later!

This is a nice piece where two children reflect on their trailblazing mom. But I can't help but want to hear these stories in the mother's own voice.

This is your daily reminder that when people die, they take their story and their unique voice with them. Whether or not you ask our help or do it yourself - do yourself a favor and sit down and record the people you love. You'll thank yourself later.

The grandmother who inspired Audio Heirlooms. Cheers to Alice, my favorite storyteller. I’m so glad I got her adorable laugh and favorite sayings on tape a million times (“I’m tellin’ ya!”) She was my first Audio Heirlooms project and always my favorite.

During family photos, the groom’s parents talk about their son and their own wedding. Click the link the our bio for more samples!

Your wedding is a busy day, and you can’t be everywhere at once. An Audio Wedding can document some of the interesting interactions that you missed, and preserve the special voices and stories of your favorite friends and family.

All your favorite people are in one place. It’s the perfect time to record your mom talking about her own wedding! Listen as Kirsten and her mom get their first manicures on her wedding day. Check the link in our bio for more audio samples!

Only one season, but we loved this Gimlet podcast on family stories.

A family history podcast hosted by A.J. Jacobs. They say we’re one big family: this is the show that proves it. You will be filled with delight… or abject horror. You never know. It’s family.

“My mother was sick for most of my life. She had nineteen years of treatment for Hodgkin’s disease. But she was the kind of mother that would come home from chemotherapy, vomit in the bathroom, and then still cook dinner for all of us. And she did this while getting a PhD in clinical psychology. She just loved being a mother. Even after the chemotherapy destroyed her ovaries, she adopted two more children. She passed away I was twenty-five. Shortly after she died, I realized that I couldn’t remember her voice. I’ve just never been an oral person. It was maddening. It felt almost disrespectful. I had all these old videos of her, but they were silent. So I thought I’d just never know what she sounded like. Then last night, my sister found a small cassette in an old box. It was from my mother’s answering machine. And she picked up the phone during one of the recordings. It was a month before she died. She was so sick at the time. But she said to the person: ‘Nicholas is coming to visit me, so I stayed up late baking, and I’m waking up early to clean.’”

How to talk — and listen — to anyone, from Celeste Headlee:

Our clients say the darndest things!

Testimonials Listen to what our clients are saying

AUDIO HEIRLOOMS creates custom, intimate, broadcast quality audio pieces for families and businesses to preserve their stories. Our services are available for special events such as weddings, reunions, birthday parties, and anniversary parties.

WATCH: These moving interviews celebrate the wisdom of everyday people

Makes sense to us

Dave Isay opened the first StoryCorps booth with the intention of creating a quiet place where a person could honor someone who mattered to them by listening to their story.

Last night we introduced to the world the StoryCorps app. It's a chance for everyone to record the voices and preserve the memories that are so meaningful to each one of us. Getting started is as easy as downloading the free app and following these simple steps:

1) Choose someone to interview.
2) Pick great questions. Find a quiet place to record. Listen closely.
3) When you're finished, share your interview with the world.
4) Help create an archive of the wisdom of humanity.

Here is where you can find the app as well as more information:

APPLY HERE: DEADLINE IS FEBRUARY 4 Applicants will be notified of acceptance prior to the w...

Client Feedback from an Audio Birthday Card! "No one has ever had a more meaningful birthday card than the one you created for me. I am equally grateful to my granddaughter for finding you and arranging this wonderful birthday gift."

For Bill's 60th birthday, his partner Scott helped us gather together all the young people who Bill has mentored and befriended throughout his life. His AudioCard was nearly an hour long. The AudioCard starts off with an introduction to the voices that participated. In the middle section, you'll hea…

Oral history: A palliative for Alzheimer’s-afflicted minds - The Boston Globe

Oral history: A palliative for Alzheimer’s-afflicted minds - The Boston Globe

There is no cure for dementia no treatment, and minimal understanding of how it works, and little useful advice on prevention. It is a disease without survivors, but oYet for both sufferers and those leave behind, oral histories can at least provide a Oral histories are useful palliative — a way of…

try not to get weepy

For Valentine’s Day, our nine favorite videos about love.

"All There Is": Love Stories from the StoryCorps Oral History Project with Founder Dave Isay

"All There Is": Love Stories from the StoryCorps Oral History Project with Founder Dave Isay

On this Valentine’s Day, we turn now to the voices of ordinary Americans talking about love. They are collected in a new book from the award-winning national social history project, StoryCorps. The book, "All There Is: Love Stories from StoryCorps," showcases the most memorable narratives from nearl...

Check out the Kickstarter for my next documentary, called ARVIND. The Huffington Post says it will Blow Your Mind. http://huff.to/1htDVlp

When his mother gets out of prison, Arvind, 16, revisits old family wounds by writing a play from her perspective.

We were honored to produce Ken's 80th Audio Birthday Card. We may never get to meet the lucky recipients of the cards, but we are able to grasp an idea of what kind of person they are through the humorous and loving messages left by old friends and family. Our prayers are with the Allison family and Ken's loved ones.

Help is Always Available It’s during the holidays when we notice how our family members or friends may have changed in the past year. If you are concerned about changes in the health of a loved one, feel free to call Hospice of Central New York. … Read more →

My work with Audio Heirlooms was a big inspiration for the documentary that I've been working on for over a year. Check out the ARVIND page to learn more!

When his mother gets out of prison, Arvind, 16, revisits old family wounds by writing a play from her perspective.

Not sure what to do with your cassettes and VHS tapes? The NY Times is here to help:

Bertram Lyons, an archivist at the American Folklife Center of the Library of Congress in Washington, answers questions about preserving audio materials.

A Letter From Fred

A beautiful story about yet another creative way to honor and remember a loved one.

Fred Stobaugh has become an online hit after entering an online songwriting competition with an ode to his late wife.

Do It Yourself: Family Tree

Love this idea! Display your family tree in the family room.

68 years ago, the US dropped the atom bomb on Hiroshima. Do you remember that day? Robert and his classmate friends from the Bronx High School of Science remember in this excerpt from Robert's Audio Chronicle.

Robert has known Mortimer, Bill and Marty since they were all in grade school together at Bronx High School of Science. This is an excerpt from Ro...

In the 8 years since Audio Heirlooms has been in business, we've thrown many Listening Parties for friends and acquaintances that appreciate a well-told tale (produced by us, naturally) and a platter of almond-stuffed bacon-wrapped dates to snack on.

We found the flip side of this idea at True Story's website- invite your friends over to record THEIR life stories for you. It's as if The Moth (http://themoth.org/) was staged as a potluck.

Check out their podcast and tips on how to throw your own True Storytelling Party. And don't forget to invite us.

A night of true tales told to friends.

You might be wondering "What do the men's figure skating at the 1984 Olympics have to do with Audio Heirlooms?" For the answer, head over to the testimonial page on our site -http://www.audioheirlooms.com/test/index.html and listen for a familiar Olympic Gold winning voice.

Scott Hamilton's performance won him both a standing ovation and a gold medal.

Dear Kate Middleton: Audio Heirlooms is at your service.

Do you remember what happened the day you were born? Of course not! That's a story for your mother to share. But has she?

Create your own audible biography with StoryPress for iPad

Is Grandpa a natural storyteller *and* a whiz with his iPad? The StoryPress application seems tailor-made for that tech savvy relative who has always wanted to get their life stories converted into 1's and 0's with minimal hassle. It's a fine alternative to hiring a professional interviewer and audio editor. Whatever your method, the point is this: don't wait any longer! Grandma's voice and her life story will not be around forever... unless you decide they will.

StoryPress is a fun, easy way to start telling and collecting the real-life stories that mean the most to you.

Be the first to know and let us send you an email when Audio Heirlooms posts news and promotions. Your email address will not be used for any other purpose, and you can unsubscribe at any time.

Send a message to Audio Heirlooms: 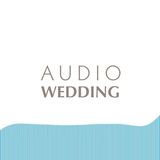 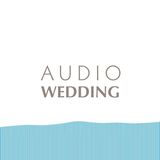 Other Wedding planning in San Francisco

Other Wedding planning in San Francisco (show all)