In-person and remote trivia for companies and organizations, virtual pub quizzes online, and quiz nights at bars! Quizzin' at scores of venues around San Francisco and across the U.S.

Psst! Pub Quiz Regulars can get a heads up each week and see the topics, and bonus PINT questions, in advance, at certain venues. http://www.brainstormer.com/venuelist.aspx

Remember, if you don't win at your first attempt, THERE IS ALWAYS NEXT WEEK!

Psst! Pub Quiz Regulars can get a heads up each week and see the topics, and bonus PINT questions, in advance, at certain venues. http://www.brainstormer.com/venuelist.aspx

Remember, if you don't win at your first attempt, THERE IS ALWAYS NEXT WEEK!

It was great to see everyone. Have a nice weekend! 💡🙂

The following teams are in for tonight's VIRTUAL Pub Quiz:

Put a team together and join us! You can watch the Warriors v Celtics game AND play trivia ;)

Tickets are available on Eventbrite at: https://www.eventbrite.com/e/brainstormer-virtual-pub-quiz-friday-june-10-tickets-347460432507

Join us again on June 14 for great Brainstormer Trivia and prizes galore!

We're back at it this Friday with our latest VIRTUAL Pub Quiz!

Four rounds of great trivia for fun and prizes. Assemble your team and join us in Zoom.

Our first night back hosting Trivia Tuesday at Public Market Emeryville after our two-year hiatus!

Team Zesty spiced it up as trivia champions, while Peanut Butter and Jack picked up a nice Brainstormer Trivia cooler bag, and Doctor Noodles replaced their PPE with some lovely Public Market hats after winning our 'perfectly average team' prize!

Thanks to all our amazing teams ♥️

Join us each and any Tuesday for fun and prizes galore with quizmaster Dave and his dulcet tones on the mic. The quiz starts at 6 pm. It's free to play! 🙂

One of the perks about hosting corporate events 29 floors up in San Francisco is the breathtaking views of the Bay! 🌁 ♥️

We're thrilled to be back quizzing at Public Market Emeryville with the one and only Dave hosting the show! Join us each and any Tuesday from 6 - 8 pm for fun and prizes galore!

Join us tonight for The Return of #TuesdayTrivia at Public Market with Brainstormer Trivia. Bring your own team or come on your own to play! There will be prizes. See you at 6!

It's also time to remind you about our VIRTUAL Rock & Roll Pub Quiz this Friday (May 20). All music lovers are welcome!

We'll have four rounds of great trivia covering rock & roll and pop music, from the 1960s to the 2020s, with other musical genres also included!

Put a team together and join in the fun!

We hosted an 'al fresco' quiz for parents' Spring Night Out in San Francisco.
It was super fun quizzing in the school yard on the big screen! 📝🎤🥇☘️

IT'S SO GREAT TO BE BACK at @publicmarketemeryville for Trivia Tuesday with Dave!

WHAT'S YOUR FAVORITE DRINK at Public Bar by Blush? Let us know in the comments and we'll award one lucky winner a great prize at our May 24 quiz (you just have to be present to collect it 🙂)!

Join us for a VIRTUAL rock & roll pub quiz in Zoom on Friday, May 20!

We'll have four rounds of great trivia covering rock & roll and pop music, from the 1960s to the 2020s, with other musical genres also included!

The wearing of that fantastic concert t-shirt hanging in your closet is strongly encouraged! 👕🎸

Some recent feedback from our Subscription Quiz clients 🙌💚

'We loved the quiz! Really fun questions. Both of the theme rounds were well done, and everybody loved the online picture round on the phone (much better image quality, and everybody can look at once instead of passing around one paper!)'

'Brainstormer Trivia® is the only trivia I would consider putting in my bars!'

ATTENTION BAR MANAGERS: If you are looking for a fun way to bring in business, check out our Subscription Quiz and start hosting your own Brainstormer Trivia nights this week!

Check out the quiz on Wednesday nights at @lunalocadanville, hosted by the one and only Alex Hall!

We're looking forward to seeing the following teams in Zoom! (The link to purchase tickets for this event is below):

Happy Friday!
Here's a photo of a plane coming into land, but do you know the city the plane is approaching?
🤔 🌍🛩💡

We're looking forward to our next VIRTUAL Pub Quiz on Friday, April 22!
Form a team, join in the fun, and compete against the best quizzers around! 🙂

Link for tickets in bio, or go to WWW.BRAINSTORMER.COM and look under SCHEDULE/VIRTUAL PUB QUIZZES

We're delighted to be quizzing at Zipline Brewing Co.!

Come on down and show us what you've got!
⬇️
LINCOLN!
Brewery Taproom on Mondays at 6 pm!
Beer Hall on Thursdays at 6 pm!

It's fantastic to be back hosting in-person events with the one and only Marina! 🙂💡

Looking forward to many more!

Well done, Potterheads!
Congrats to The Pygmy Puffs!
It was so great to see everyone!
👏💡🌉🍻🏆
Harry Potter Trivia Night at Patriot House on March 12, 2022.

WELCOME BACK, @thepickledwrinkle, who are hosting Brainstormer Trivia 💡 Saturdays at 5 pm!

FUN FACT: Pickled Wrinkles are large carnivorous sea snails, or whelks, which are pickled and marketed locally as Pickled Wrinkles. They are an old Downeast Maine Delicacy. Try one if you are brave enough!

Unfortunately, we had to cancel our March 11 VIRTUAL Pub Quiz.
We hope you can join us again next time. Thank you!

Some teams from the March 5, 2022 Trivia Playoffs in San Francisco.
A special thanks to everyone for joining us, including folks who flew in from places like Pittsburgh and Seattle to play! 👏

Brainstormer provides fun and dynamic trivia quizzes for bars and restaurants, and companies and organizations across the U.S. and beyond.

Be the first to know and let us send you an email when Brainstormer Trivia posts news and promotions. Your email address will not be used for any other purpose, and you can unsubscribe at any time. 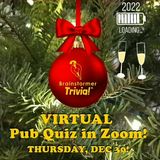 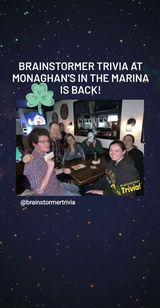 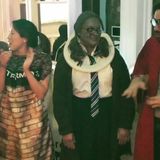 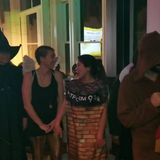 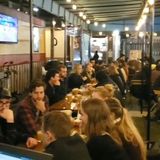 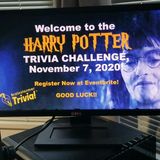 Another great night of virtual pub trivia, hosted by Amanda and Rachel. Thanks to all for joining us. RIP John Lewis, legend ❤ #johnlewis #renameedmundpettusbridge 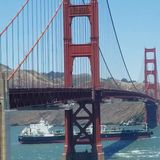 Black Lives Matter. Thousands of people poured on to the Golden Gate Bridge for a peaceful protest. #blacklivesmatter #blm #sanfrancisco 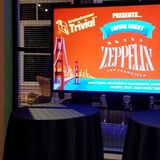 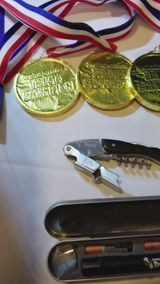 Corporate trivia events for groups of 20 are so much fun! However, we love hosting for groups of 200 as well! Let's book your Bay Area event in 2020! More details at https://brainstormer.com/Corporate_Events

Bette on the Middlers say 'WE WANT BEER!'

'WE WANT BEER!' Bonus Week! (WEEK OF JANUARY 13, 2020). We commemorated the 100th anniversary of the introduction of Prohibition, on January 17, 1920—when the nation became officially dry. Trivia teams earned up to 50 bonus league points by proposing a toast! CHECK THE UPDATED LEAGUE SCORES AT https://brainstormer.com/Home/leaguestandings/53?Focus=F 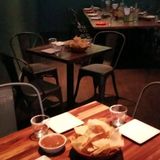 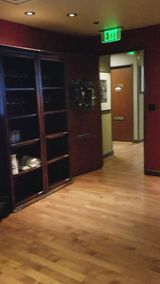 Getting ready for another corporate holiday party! The festive season is in full swing at Brainstormer! 🎄☃️💡🎉🦉🤓 We are now booking for all types of private events for 2020. Learn more at https://brainstormer.com/Corporate_Events 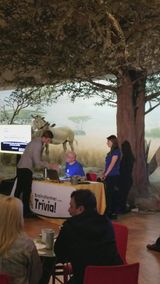 So much fun hosting trivia at NightLife! 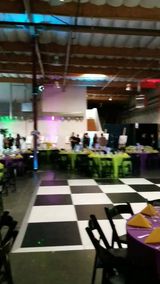 All-90s quiz night for a school fundraiser, with trivia about pop culture, sports, and events of that decade! Fahrvergnügen! Learn more about hiring Brainstormer for a great event: https://brainstormer.com/Corporate_Events 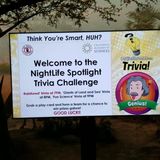 Bay Area Trivia Championships update... COUNTDOWN TO OUR GRAND FINAL ON OCTOBER 15 – HINT ONE. Like and share with your team mates.

WOW! We have been hosting a weekly quiz at the world famous Rogue Ales Public House San Francisco for more than NINE years now. Some footage from last night with Rick Tosh on the mic! #wednesdaytrivia #triviamongers

Here's some video footage of THE BEAST announcing one of the questions at our Champions Grand Final. A big thanks to GSN, The Chase usa , and Taxi Magic for all the tremendous support during our Winter Trivia League!

MADDIE, THE QUIZ DOG, celebrates her birthday on May 1. This is a video of her at the beach in San Francisco recently. How should we celebrate her birthday: A. give her more treats, B. one extra hour at the dog park?

Rogue Ales Public House Quiz Night looks like this. Thanks to Wheelz for providing all the cool prizes!

What happens to players who cheat at Brainstormer Pub Quiz? Check out the video ... Christine will whip you into shape!