RhodyCo Consultation & Event Development we provide consultation and provide ongoing support, guidance and services every step of the way.

Not to be missed -- if you haven't registers do so today!

Across the Bay 12k & 5k bibs designs are here! There's still time to have your name printed on your Across the Bay race bib if you sign up by Tuesday night! Don't miss your chance register here: https://goo.gl/THvQis

The 35th Annual Across the Bay 12k & 5k is Sunday, June 10th and PRICES INCREASE after 11:59pm Wednesday night! Join us for San Francisco's most scenic running experience and earn this awesome finisher medal that doubles as bottle opener. Save your spot at the lowest price possible: https://goo.gl/THvQis

Taking a break from crossing America on foot, runner no. 26,737 is scheduled to step to the Boston Marathon starting line Monday for another journey of

Photos from San Francisco Half Marathon, 10K and 5K's post

The holidays will be here before you know it. Get in the spirt by signing up for the 2017 edition of Run Wild San-ta Francisco today! http://www.runwildsf.com/registration.html

We are proud to be the 2017 RRCA California 5k championship race! We'll have special bibs and medals for all runners to commemorate in this championship event.

Sports Basement Presidio will be closed this Saturday -- for the safety of their staff and customers.

Our Presidio store will be closed this Saturday, August 26. Our CEO explains why.

An Odd Trilogy of Tears and Transcendence

An Odd Trilogy of Tears and Transcendence

I knew that You Don’t Have to Say You Love Me – the title of Sherman Alexie’s memoir that grapples with his mother’s death – would make me cry. With Irving Stone’s 1954 historical novel about Mary…

It's coming sign up now and save some bucks.

Race to registration! 🏃‍♀️ Make sure you sign up today at BridgetoBridge.com before prices increase August 1st 🌁

Congratulations to all the Across The Bay 12K & 5K participants and to Soul Focus and Represent Running for organizing such a great event!

Across the Bay is just over a week away and we've got some exciting new things to tell you about starting with beer! That's right, we've got beer at our finish party. Hit up the Anchor Brewing Company Beer Garden after your run and enjoy a brew while raising money for our charity partner.

Speaking of post-race party, you'll be enjoying that Anchor Brewing beer at the Eye Heart SF Eye Post-Race Party. Our friends at Eye Heart SF will have a DJ getting things going while you celebrate your run with friends and family.

Everyone loves race photos and no one likes to pay for them. The solution? We're giving them away. That's right, you've got FREE photos coming your way.

Be sure not to miss this GREAT run - Sign up now. 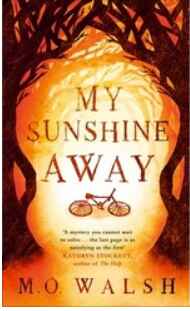 Preface: These reflections began as an answer to a QUORA question: ‘What books have you read that make you love life more?’ One of the things that great novels have in common is that th…

Fun, fun, fun and by the way did I mention it's FUN!

Image: Mount Vernon Sanctuary | About Us

Image: Mount Vernon Sanctuary | About Us

Found on Google from mountvernon.com.sg

Ramirez ran the race without much of the gear most marathon runners use. She ran “without a hydration vest, without running shoes, without Lycra and compression socks, without any of those gadgets used by the runners of today.” With her sandals, Ramírez beat the other 500 runners and took home first place.
Ramírez ran the entire 50 Km (31 miles) race in seven hours and three minutes, putting her at an average of two miles per hour. For her amazing effort, Ramírez took home 6,000 pesos, or $320.This isn’t the first time Ramírez has made an impressive showing in a marathonIn 2016, Ramírez took second place in Chihuahua, Mexico’s Caballo Blanco ultramarathon, which is 100 Km, or 62 miles.

When she’s not running, Ramírez spends her days as a goat and cattle herder. On a given day, Ramírez can cover between 6 to 9 miles tending to her flock.

We're all setup at Bay to Breakers expo today and Saturday. Stop by and see us for some in person deals.

Running History Was Made!!!

On this day in History, First four-minute mile on May 06, 1954. Learn more about what happened today on History.

Guest Commentary Published April 23, 2017 As of March 27, 2017 the American people, Native Americans in particular, lost some of our say in the use of federal land. While we’ve been distracted by t…

On this day in History, Rosie Ruiz fakes Boston Marathon win on Apr 21, 1980. Learn more about what happened today on History.

On this day in History, First Boston Marathon held on Apr 19, 1897. Learn more about what happened today on History.

On this day in History, Benoit wins Boston Marathon on Apr 18, 1983. Learn more about what happened today on History.

Spring is a busy season for runners — and for the sleuths sniffing out race cheats. With an eye on the Boston Marathon, amateur investigators use math and methodology to protect the sport's integrity.

Be the first to know and let us send you an email when RhodyCo Productions posts news and promotions. Your email address will not be used for any other purpose, and you can unsubscribe at any time.

Send a message to RhodyCo Productions: