Planning a wedding? Call today to set up a free wedding consultation for all your floral needs!! 775-333-9190

COME IN AND CHECK OUT THE SPECIALS ON ALL CHRISTMAS MERCH!!!!!

Come join us and help kick of the 2010 Holiday Season!!! We have all kinds of fun stuff going on this year. Bill Brown will be here featuring his artwork, Nothing Bundt Cakes will be here serving up delicious samples of their wonderful confections and as always we will have phenomenal savings, wonderful refreshments, champagne, sparkling cider & the biggest selection of Mark Roberts Fairies in Northern Nevada.

ALL HALLOWEEN MERCH 50% OFF TODAY! Including all Halloween flower arrangements.

The contorted floral heads of crested types of Cockscomb continue to enlarge throughout the growing season and often have colorful foliage as a complement.

Snapdragon symbolizes graciousness and strength. Its negative connotations include deception and presumption. 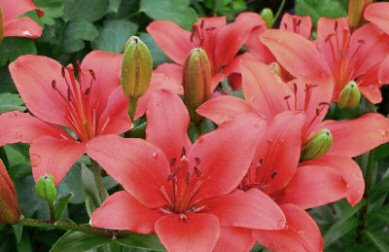 In Europe, lily flowers were also used as remedy for many kinds of sicknesses and diseases. But, you should be careful if you have cats as pets as lilies can be poisonous to them.....and so many pretty colors too!!

An ancient Greek legend describes the origin of the Hyacinth. Two of the gods, Apollo and Zephyr, adored a handsome young Greek called Hyakinthos. Apollo was teaching Hyakinthos the art of throwing a discus.

Zephyr, who was the god of the west wind, was overcome with jealousy and he blew the discus back. It struck Hyakinthos on the head and killed him. From his blood grew a flower, which the sun god Apollo named after him. 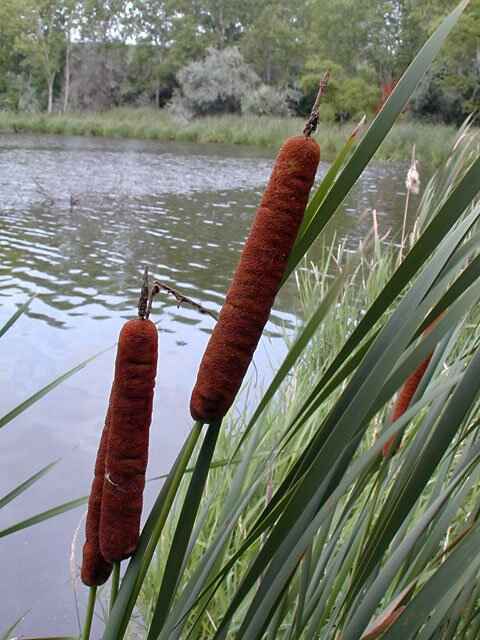 RANDOM FLOWER FACT OF THE DAY

Andreas Dahl (after whom the plant is named) regarded it as a vegetable rather than a garden flower, but interest switched from the edible tubers to the blooms when the first varieties with large, double flowers were bred in Belgium in 1815. 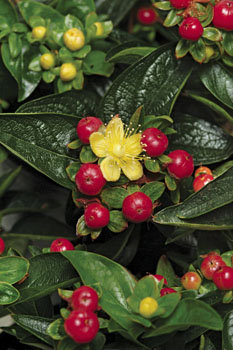 Hypericum pronounced hy-PERRI-cum, has the common name of St John's Wort. The flower is a stalk of berries in shades of red, orange and brown as well as golden flowers like giant buttercups. Hypericum has increased hugely in popularity over the past five years. Then there was only one general variety of hypericum widely sold. Now there are at least six or seven named varieties available, all with different characteristics. It is a very useful and long lasting flower, that is perfect for christmas arrangements.

Native to the Himalayas and China, the plant has been cultivated in the UK since 1594 originally for its medicinal properties but now also grown commercially for its ornamental berries. Under its common name, St John's Wort, hypericum is sold as a herbal antidepressant. 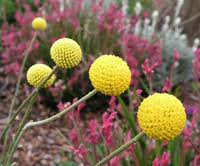 Saffron, the world’s most expensive spice, is obtained from the Saffron Crocus. The stigmas of the flower are dried and used by cooks for seasoning and color. 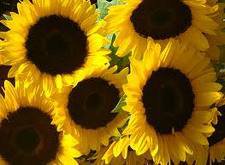 Sunflowers really are a lifesaver – they were also used to help mop up radiation after the Chernobyl nuclear disaster. The roots are able to absorb strontium and caesium, reportedly removing 95% of radioactivity from irradiated water sources.

Random Flower Fact of the Day: Barbara Streisand, Whoopi Goldberg, and Rosie O'Donnell each have a rose named for them.

Random Flower Fact of the Day: Feng shui buffs believe that chrysanthemums will bring happiness and laughter to any room.

Random Flower Fact of the Day: The largest flower in the world is the rare and endangered Rafflesia flower of Indonesia.

Random Flower Fact of the Day: The Leek and the Daffodil are both emblems of Wales. The national flower
of Wales is usually considered to be the Daffodil. However, the Leek
has even older associations as a traditional symbol of Wales - possibly
because its colours, white over green, echo the ancient Welsh flag.

If you have some time, we would appreciate it if you would click right under our profile picture and suggest us to all your friends!!! Thanks and we love our customers!!!!!

Some very rare plants only flower once in their lives. The agave, also
known as the century plant spends many years without growing any
flowers, after which it grows one single bloom and dies. Similarly, the
Puya raimondii which is found in the Andes waits 150 years before
flowering and consequently dying.

Random Flower Fact of the Day: (sorry its late) The National Flower of Spain is the Red Carnation.

Random Flower Fact of the Day: Tulip bulbs are agood substitute for onions in cooking.Tulips are the National Flower of Holland.

VOTE ST IVES FOR BEST OF RENO IN THE RENO NEWS AND REVIEW!!!!

If you have a few moments today, we would love to hear some of the reviews from our customers!!!!

In
honor of the birth of Lilly Ann Chamblee, Random Flower Fact of the
Day: Irises and Lilies are used as a symbol referring to “Resurrection
or Life”. It is also associated with stars (sun) and its petals blooming/shining. Congratulations Katie and Daniel!!! And Grandma Patty!

Random Flower Fact of the Day: Andreas Dahl (after whom dahlias are named) regarded it as a vegetable rather than a garden flower, but interest switched from the edible tubers to the blooms when the first varieties with large, double flowers were bred in Belgium in 1815.

Random Flower Fact of the Day: The
cactus family is divided into more than 100 genera. For simplicity North
American cacti are placed into five groups: the prickly pears, the
saguaro cactus group, the hedgehog cacti, the barrel cacti, and the
pin-cushion and fishhook cacti.

Random Flower Fact of the Day: The number of Begonia hybrids is estimated between 1000 and 2000. Within this enormous family there are plants which are tiny enough to grow in an egg shell and others which can cover a greenhouse wall. If you become addicted to growing begonias you are called a begoniac

Random Flower Fact of the Day: Sunflowers are able to soak up radiation.

Be the first to know and let us send you an email when St Ives Florist posts news and promotions. Your email address will not be used for any other purpose, and you can unsubscribe at any time.

Other Florists in Reno

Other Florists in Reno (show all)