Creating music events in Houston since 1996. We aim to enlighten and inspire!

Alot of old school and newer Htown rap, mixed over some deep dub and squishy psy. another side of LiquiS you may have not heard.

The Floozies: Now That’s What I Call a Tour: Vol 1

The Floozies: Now That’s What I Call a Tour: Vol 1

SAT FEB 8, 2022 - SDC presents "WHERE THE WILD THINGS ARE 2022" JOIN US for one of SDC's most celebrated events, "Where the Wild Things Are 2022" (WTWTA2022). Established in 2013, WTWTA promises to fascinate you with one of Houston's most unique open-air venues, performance art, live art, distinguis...

SDC is stoked to introduce Houston to this talented artist! Event info : sdc.TicketSpice.com/wtwta2022

Let's Bounce:
Beat Kitty is a DJ, producer, and an avid curator of low-end frequencies geared to get your body moving. Her eclectic selection of soundscapes are unique and her dance-floor vibes infectious; blending beautiful timbres and downright dirty beats. Her hybrid of global and timeless sounds blend perfectly with heavier, grimier bass lines.

Beat Kitty has recently shared her soundscapes internationally, playing festivals such as Bamboo Bass, Emissions, EDC, Camp Bisco and Mysteryland to venues such as Meow Wolf, Flash, Otherworld and the Knitting Factory. She has played support for Baauer, ivy Lab, Glitch Mob, iLL Gates, iLL-Esha and Soohan and has received press in DJ Mag, RunTheTrap, WookofWallstreet, and more.

Can’t wait to see you all soon! ❤️

What a long, strange, and wondrous trip it's been! ❤

We can't wait to share this night with you all, and have no doubt it will be a magical one! We're bringing some of Houston's underground icons to celebrate this momentous occasion, along with Aerial Art, Fire Poi Performances, Stilt Walkers, Pyroart & more!

Come experience The Silo and the best vibes in town 🙂

SDC 25 YEAR ANNIVERSARY - SAT NOV 13 - THE SILO
🎶❤️🎵🔥🎶🎉🎶❤️🎵🔥🎵❤️🎶
We can't wait to share this night with you all, and have no doubt it will be a magical one! We're bringing some of Houston's underground icons to celebrate this momentous occasion, along with Aerial Art, Fire Poi Performances, Stilt Walkers, Pyroart & more!

Come experience The Silo and the best vibes in town 🙂

👏👏 SDC Productions Turns 25! 👏👏
Join us as we celebrate this momentous occasion with family and friends!

What a long, strange, and wondrous trip it's been! ❤

SDC Productions is one of the oldest existing production crews in Houston, TX and has produced electronic dance music events since March 1996. SDC is known for finding unique venues, having good work ethics, and creating events in which people emerge from enlightened and inspired. It has produced events of many varieties, including beach festivals, one-off events, warehouse parties, and club events, and outdoor, leave-no-trace events.

Past accomplishments include the creation of the Orbit Room in the late '90s, the LoveFest beach festival, CommUnity weekly in the house music days, Grotto (a one-off at the Longhorn Caverns), Silent Disco at the Silo, and many epic one-off events at distinctive locations.

SDC’s biggest influences are Spiral Tribe Sound System from the UK, SPAZ crew from California, and the End of the World Circus from California. They magically implanted a seed, which sprouted a musical journey that has spanned twenty five years and continues to grow.

Get Tickets for SDC 25-YEAR ANNIVERSARY.

We’re stoked to have one of SDC’s original DJs celebrate this momentous occasion with us!

Ethan is backed by over 30 years of DJing, starting with his first club residency at Club Kamelyon in �Houston in 1993. He has spun and co-headlined events around the country with the likes of Richie Hawtin, Juan Atkins, Stacy Pullen, Frankie Bones, Freddy Fresh, D-Wynn, Spun, DJ Dan, Claude Young, Julias Papp, Joey Beltram, and Wamdue Project, to name a few. In 1996, Ethan became a resident DJ for Scooby Doo Crew (SDC) a collective of DJs, producers, promoters, and �visionaries that erected a legacy with a weekly club night at Orbit Room.
Ethan plays everything from deep house to Detroit influenced techno.

GATHER YOUR TRIBE! THE TIME IS DRAWING NEAR! THE ISLAND IS CALLING. A THREE DAY CAMPOUT EXPERIENCE OCTOBER 22-24.
We're bringing a vast and diverse group of talent to the island and we are asking you to join us! Don't miss out on the memories!
You can expect LIVE MUSIC, LIVE PAINTING, VISUAL ARTS, VENDORS, PYROTECHNICS, GOOD EATS, LAZERS, AERIAL ARTS AND SO MUCH MORE, ALL ON THE BEAUTIFUL LAKE SOMERVILLE AT WELCH PARK.
COSTUME ENCOURAGED
PRESALES END OCTOBER 15, 2021.
REGISTER YOUR RV NOW! We have limited spots providing power and water. Get them while they last!
VENDORS contact us today to reserve your spot!
Forget what you heard, it's time for the show.
We'll see you there. Are you ready?

*SDC FAM* Keep the vibe alive and come represent ;-) SDC is truly honored to be included in this reunion of the finest crews in Houston! Look at this amazing lineup and talent!!
RSVP: https://www.facebook.com/events/904725706346356/?ti=as

Fest Head Depot is here to enhance your experience! We offer camping equipment and electronics to help you camp in comfort. We also have apparel, shoes & more!

Be the first to know and let us send you an email when SDC Productions posts news and promotions. Your email address will not be used for any other purpose, and you can unsubscribe at any time.

Send a message to SDC Productions: 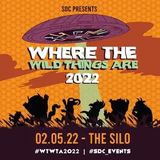 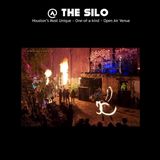 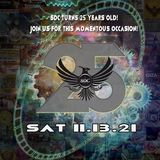 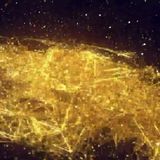 Other Event Planners in Houston