Master Masons: Apply for Shriners membership from the comfort of home, from any device with our e-Petition. http://ow.ly/te7P50Dg1ZF 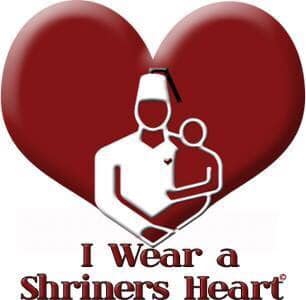 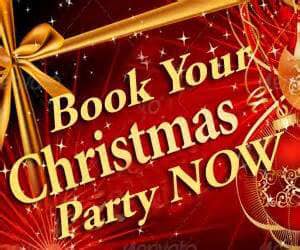 Installation of the 2019 Board of Directors by Illustrious Sticky Burch.

Congratulations
Noble Ben Hamilton on being installed as the 2019 President of the Greensboro Shrine Club!!

Hoping Everyone has a Safe and Happy New Year!!

Be the first to know and let us send you an email when Greensboro Shrine Club posts news and promotions. Your email address will not be used for any other purpose, and you can unsubscribe at any time. 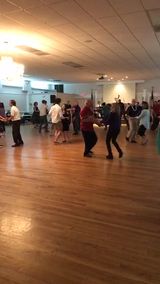 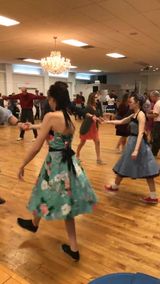 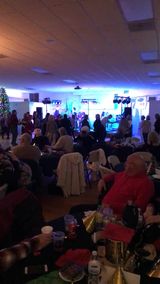 Other Event Planners in Greensboro

Sorinne F. Ardeleanu [Libertarian] censored from certification even though she filed and she has certification stamped by office as proof.
https://www.facebook.com/Sorinne2020

James Ogle's nickname "Google" was also left off the certified list after he had submitted the nickname Google because the search engine launched off his logo around September of 1997 after he ran for US President the first time in 1996 and the search engine's founders joined his campaign in Usenet.

See the original video material from 1995 which helps tell the story about how Google got its name from James "Google" Ogle in 1997:
https://www.youtube.com/watch?v=Tojwq3RWK7g

In California, Oklahoma, North Carolina and Massachusetts March 3rd primaries require special needs for the voting for the United Coalition USA. The "cross over voters" in California and Massachusetts may request the paper ballot for the Libertarian Party where a write-in name may be written in.

In Oklahoma and North Carolina write-in votes aren't permitted, the team asks all male voters to please vote for the top female name and all female voters to please vote for the top male name, and the two top write-in names are considered President and Vice President under limited voting. When voters are permitted only one vote for two seats, that's called "limited voting", and that brings the mathematics for the three-party system in 2020.
* * *

NOTE: Find links to the ten names above on the James Ogle [One] for President or Vice President web page:
http://www.usparliament.org/google2020.php
PPR Electoral College page
https://www.facebook.com/groups/united.coalition.2020/
* * *

Thanks for Both
By CEO Buck Rogers [Conservative]
"In life you will meet two kinds of people.
Ones who build you up, and ones who tear you down.
But in the end, you will thank them both."
* * *

United Coalition USA
Donate by PayPal Now:
http://www.paypal.me/joogle2020
* * *
I am the Executive Director for Yokefellow Prison Ministry. We held our first Fundraising Benefit at the Greensboro Shrine Club on 9/7/19 and had a wonderful experience! The Event Manager, Linda, is great to work with, particular for someone who is new to hosting a fundraising benefit as I was. She is very knowledgeable about how to run an event smoothly and helped out wherever she saw I needed it. She provided such supportive and friendly service. And the facility is beautiful, as you can see from the photo. I'm so grateful that my first fundraising event took place at the Greensboro Shrine Club. I highly recommend it!
https://www.facebook.com/168501299860585/posts/2539107259466632/
Piedmont Swing Dance Society, Inc. May 25 & June 22 dance events discounted for ClubFitness Greensboro Members! $10 for the night gets you into the Greensboro Shrine Club for 7p lesson, 8-11p swing dancing!
https://www.facebook.com/groups/335087120405919/permalink/384870185427612?sfns=mo
Had a great time at our Christmas party. Always fun seeing all my friends.Thanks guys for all you do.
COME HELP SUPPORT a GREAT CAUSE at the 4th ANNUAL SHRINE CLUB of ELIZABETH CITY "CHILI COOK-OFF & FLEA MARKET" FUNDRAISER!

The Shrine Club of Elizabeth City is a Non-Profit Organization that prides itself on our support of the hospitalization and treatment of burned and crippled children.
.
This month, we'll be holding our 4th Annual "Memorial Day Weekend Chili Cook-Off and Flea Market" from 12pm - 4pm on May 27th! We'll have lots of great competitors lining up to compete for top honors in this year's contest!
.
We'll also be holding an "Outdoor Flea Market" at the same time, with lots of great products offered up for sale! There're still a few tables still open, so call today, and reserve yours before they're all gone!
.
There's open registration on both until Fri, May 25th, so there's still plenty of time to sign up to compete in our cook-off, or run a vendor's table or both!!
.
For only one low admission fee of $10 per person, you can buy in and show the world that you're "King of the Chili Cookers", "Super Salesmen", "Master Taste-Tester", or all three!! Call [914] 414 - 9440 to sign up as a cook or vendor today!
.
Come join us at our Shrine Hall located at 172 Chantilly Road in Camden, NC 27921.
.
x

Other Event Planners in Greensboro (show all)