The official page of Velocity Bollywood Entertainment. Organizing Bollywood events across the globe since 1993. Follow us on instagram @elitebollywoodent.

Presenting the magnificent magicians of music, the biggest music director duo of Indian cinema - "Laximikant Pyarelal Live in Concert" on May 14, 2022 in Fairfax, VA! The living legend Pyarelal ji returns to the US and CANADA after 25yrs, pure soulful music of the 70s, 80s and 90s.

Get your tickets today to see your favorite throwback artists! https://www.ticketmaster.com/laxmikant-pyarelal-night-fairfax-virginia-05-14-2022/event/15005B85E84B5BCE

We fund in the LLC name with a personal guarantee but do not report on the credit report.

NO DOC Fix and Flip. Up to 90/100/70. We don’t document assets or tax returns. 12 month term, with a no cost 3 month extension. No PPP. Rate at 8.75% based on experience. Interest only payment. Can close in 7 to 10 days after we get the appraisal. No limit to how many deals you can fund. Experience required for maximum leverage, otherwise we adjust the leverage levels.

On ground up new construction; we will fund 50% of un-permitted land acquisition and 65% of permitted. We will fund 100% of construction costs; maximum of 85% LTC and 75% ARV. Minimum of 3+ completed ground up projects otherwise, very strong experience in fix and flips etc. No Modulars, stick built only.

Why do you want to use my NO DOC Fix and Flip program?

· No bank statements. I DO NOT document or source funds to close.
· No Tax returns. No debt to income ratio, I DO NOT care what your income is.
· Stated Personal Financial Statement. I DO NOT verify nor document the information on the PFS.
· You only pay interest on the money outstanding. Pay interest only and no prepayment penalty.
· I really only care about your experience and the project.
· Once you fund with us, we do not have to update anything for 12 months.
· Ground up new construction now available! (Must have 3 prior projects for experience.)
· Nationwide lending platform excluding MN, ND, SD, VT, WV.

NO INCOME/DSCR rental loan program is available in 45 states. We do not use 1040 income to qualify, only rental income. Close in your LLC name. 3/5/7 year ARMS and a 30 year fixed option. Up to 75% for cash out and 80% for rate and term and purchase. Rates start in the 4+% range currently.

Property Types We Work With

RIP Rishi Kapoor, a true Bollywood legend 🙏 ❤️ Elite Bollywood Entertainment had the honor of hosting Mr. Kapoor for our Mega Stars concert in D.C. on Sept. 2, 1994, along with Juhi Chawla, Raveena Tandon, Akshay Kumar, and Saif Ali Khan. “Rishi Kapoor rendered famous songs from his films such as "Main shayar tho nahin", "Ek main aur ek tu", "Saagar kinare" and "Sochenge tumhe pyar kare ke nahin". The audience was charmed by his enactment of "Sayad Ali pyar ka dushman" from the super successful movie ‘Amar Akbar Anthony’. Kapoor attempted to bridge the distance between the different age groups by reviving these perennially popular songs of the seventies and eighties as well as selecting numbers from the nineties. "I am an artiste of both the old and young generation", he remarked.”

Be the first to know and let us send you an email when Velocity Bollywood Entertainment posts news and promotions. Your email address will not be used for any other purpose, and you can unsubscribe at any time. 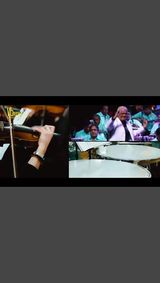 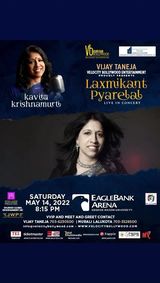 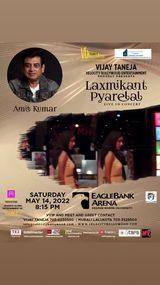 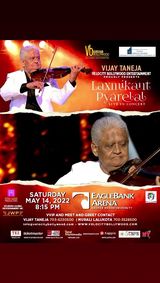 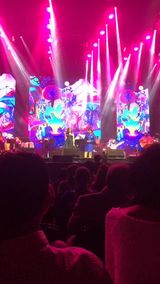 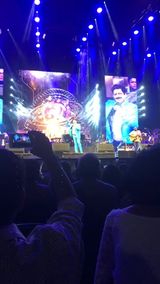 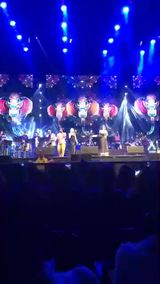 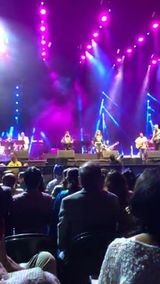 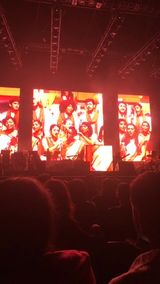 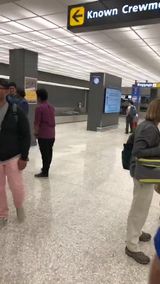 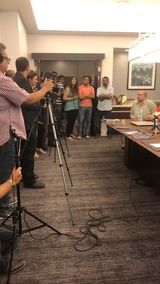 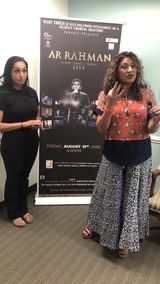 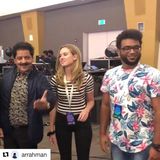 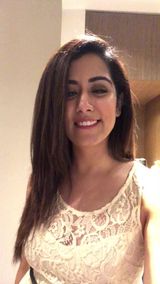 REMEMBERING WRITER VRAJENDRA GAUR WRITTEN BY: RAJESH GAUR and SUNEEL GAUR Noted film writer Vrajendra Gaur's death anniversary will be observed on 7th August Gaur was probably the only writer with a rich literary background to make it big in films. He was writing short plays on Air Lucknow when he was summoned by ;Motilal was greatly impressed by the candid nature of his play Dhai Lakh The film Sawan became a hit followed by other Super hit Ashok Kumar starrers Sangram, Parineeta, Kafila, Shamsheer. Sitaron Se Aage, Howrah Bridge. etc. In the 35 years Vrajendra Gaur was a part of the film industry, he wrote many superior films like Bimal Roy's Parineeta, Sangram, China Town, Manzil, Teen Deviyaan, Howrah Bridge, Saraswatichandra, Sharmilee, Lal Paththar, Kati Patang, Anuraag, Geet Gaata Chal, Ankhiyon Ke Jharokon Se, The Great Gambler, Dulhan Wohi Jo Piya man Bhaye, etc. For the last mentioned film he won the Filmfare awards for best screenplay and dialogue. Gaur had also directed a lone film called "Kasturi" in which film maker Shakti Samanta was his assistant. Despite Kasturi doing well Gaur did not direct a film again and returned to his first love writing. He passed on the subsequent offers of direction to Shakti. Shakti often said that he owed his career as a film maker to Vrajendra Gaur. Vrajendra Gaur, had developed a deeper personal and professional alliance with Dev Anand that saw Gaur work on an enviable part of Dev Anand’s repertoire. He wrote Dev Anand’s ‘Jaali Note’, ‘Manzil’, ‘Baarish’, ‘Sarhad’, ‘Teen Deviyaan’, ‘Baat Ek Raat Ki, Tee Devian. Warrant, etc. Dev Anand had once said ” There are many writers but Gaur was a rare talent who was exceptionally good at comedy, emotional and crime subjects. He understood the sensitivity of the subject and wrote accordingly, using words that uplifted the scene and the film. He wrote many of my films. Sadly he died young” TRIBUTES BY FILM STARS: Thespian Dilip Kumar had this to say on Vrajendra Gaur's demise: I have lost a dear friend . This was not the time for him to depart. Vrajendra Gaur bhai was a real gem of a writer as well" Dharamendra paid respects to Vrajendra Gaur " Gaur sahab mere bhai the. He wrote some of my films. Vrajendra Gaur wrote films for more than 30 years and he wrote great dialogues and screenplays. A rare case of a very talented writer who gave hit after hit for three decades. He will always be missed" Megastar Amitabh Bachchan ji said " Vrajendra Gaur ji was a simple person and a wonderful friend. His writing skills were exceptional. The dearth of gifted writers like Gaur ji has led to the sorry state of films in recent times" WRITTEN BY: RAJESH GAUR and SUNEEL GAUR