We can help you plan your next event: Corporate, Wedding, Family Reunion and Party. We also provide

A Great Aspiring Young Man & Friend was taken from this world way to soon! Thank You for All You Did for the Residents and Councilman Tate's District One! RIP DeAndree Watson! Old Redford could really use some of this kind of assistance!

"When Sarida Scott started heading up Community Development Advocates of Detroit (CDAD) in September 2012, the organization was facing hard times. Its assets included a cell phone and two crates of files, but not a single computer.

Today, it’s Detroit’s only citywide membership organization advocating for public policies and resources that advance the work of nonprofit, neighborhood-based groups. And it’s thriving. CDAD provides a vehicle to communicate neighborhood needs and interests to city-level decision-makers. At the same time, the organization builds capacity by providing training, peer-to-peer learning events, research and tools for its members to enable them to better engage citywide systems, operate more effectively and improve their knowledge of and access to resources."

Your Sunday Read comes from the The Kresge Foundation and features the work of CDAD and our executive director Sarida Scott!

Take a look inside this Brightmoor restaurant that's been a staple in the community since 1950.

Tell us something we don't know.

In Up & Coming Old Redford!

Did you know that when you make a donation to the Redford Theatre 100% of your donation goes directly into theatre restoration, special events, programming and utility bills? We are able to do this only because of a legion of hard-working, dedicated volunteers who spend long nights and weekends cleaning, painting and planning. You may not have the time to become a volunteer and we do understand but you can still have an impact. We're asking that you remember the Redford Theatre this holiday season and give a gift that will impact a community. Visit www.redfordtheatre.com/donate/ today.

Mark Herman
Born in 1987, Mark Herman is one of America’s busiest young theatre organists, performing over 30 concerts and silent film presentations each year across the US and abroad. In 2012, he was named the American Theatre Organ Society’s Organist of the Year and is the youngest person ever to receive the prestigious honor. Previously, he was overall winner of the Society’s Young Theatre Organist Competition in 2004.
He studied theatre organ with the late John Ferguson of Indianapolis, who was recognized worldwide for his skills teaching the art of the theatre organ. His classical piano studies were with Christine Freeman of Fort Wayne, Indiana. He earned a Bachelor of Fine Arts degree in Theatre Arts/Management from DePaul University in Chicago.
Mark has been featured on several episodes of American Public Media’s Pipedreams program, and has performed for countless conventions of the American Theatre Organ Society, American Guild of Organists, and Organ Historical Society. On the international stage, he has toured in Australia, New Zealand, Switzerland, and the United Kingdom.
He currently resides in Los Angeles, where he is President and Tonal Director of the Los Angeles Organ Company, the Allen Organ dealer for the Greater Los Angeles Area. He is in demand as a voicing specialist and tonal consultant for Allen Organs and is proud to be an Allen Artist, showcasing new Allen Organs in the US and beyond.
Anthony Snitker
A native of the small river town of McGregor, Iowa, Anthony now resides in Pasadena, California. He graduated from Columbia College Chicago in 2010 with a BFA in Musical Theatre. Anthony has appeared in many shows and is active performer in the Indianapolis theatre scene. Some of his favorite past roles include Claude in Hair, Melchoir in Spring Awakening, Huck Finn in Big River, Jack in Stephen Sondheim’s Into the Woods, Man 2 in Songs for a New World, and Hero in A Funny Thing Happened on the Way to the Forum. Besides singing and acting, Anthony is also a dancer. His experience ranges in many styles of dance including tap, swing, jazz, ballet, modern, and contact improvisation. He has performed extensively with Mark Herman for audiences across the United States, Australia, and New Zealand.

We're taking a look at why it's important for you and your children to know the law and know how to comply during a traffic stop so you don't die.

Having a little fun with the cities of Pure Michigan:

The Christ the King Youth Group is collecting warm winter clothing... new and gently used jackets, gloves, hats, socks, shoes, sweaters... which they will distribute on Thanksgiving Day to those in need in Detroit's Brightmoor neighborhood.

St. Christine Christian Services is collecting canned and non-perishable food items for their Food Pantry in Brightmoor for distribution throughout the holiday season.

You can bring your donations to the church this Sunday, placing them on the marble steps behind the sanctuary. 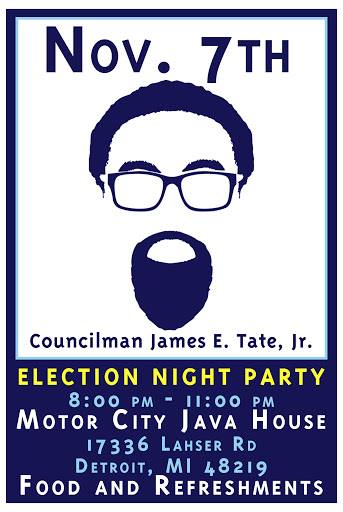 Some important and fun days to remember!

A Spotlight On The Redford Theatre

A Spotlight On The Redford Theatre

A dedicated group of movie lovers are keeping a piece of Detroit’s past vibrant and relevant for all generations // Built in Detroit’s most dynamic architectural period, the impeccable Redford Theatre approaches its 90th birthday in

It was great to get together with D1 neighbors and friends at the District 1 Detroit City Council Evening Community Meeting. The full City Council as well as representatives from various city departments were present to hear the thoughts and concerns of Detroit's residents.

During the meeting Councilman Tate previewed a PowerPoint presentation detailing strides made during his tenure in office to reach and advocate for D1's neighbors (video version will be posted soon).

Thanks to everyone who attended this meeting as well as other community-oriented endeavors. We need your hard work and advocacy to move Detroit's neighbors to the next level.

What a great night for the Redford Theatre & the Old Redford neighborhood of Detroit!

DETROIT -- Jackson Browne has reached the juncture of his long career where every chance to see him is special.

I Love Detroit because....

I Love Detroit because....

The real Detroit, pictures rarely seen by the rest of the world!

St Pat’s needs help with lunch. There are a number of Saturdays between now and then end of the year where we need servers and cooks. Come on your own – or get a few people together. Meet great people and have great fun! Hours are about 9:30 to 1:30. Please pass this along – especially to people who’ve helped in the past and we haven’t seen in awhile. To sign up, call 313 218 3759. Here's a quick video. 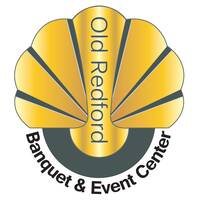 Be the first to know and let us send you an email when Old Redford Banquet & Event Center posts news and promotions. Your email address will not be used for any other purpose, and you can unsubscribe at any time.

This is the annual Angel's Night Band...

Other Event Spaces in Detroit

Other Event Spaces in Detroit (show all)